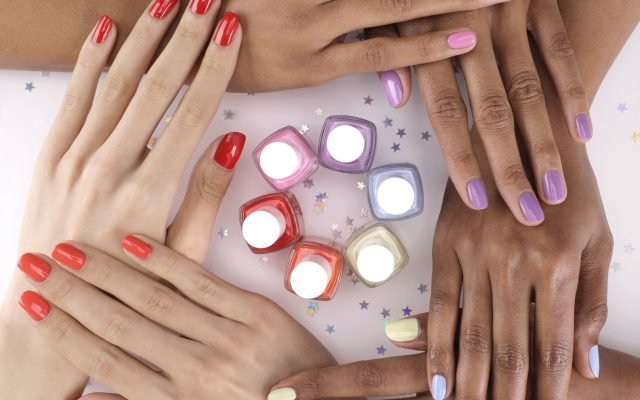 Last year’s inaugural National Nail Polish Day, initiated by Essie, produced an immediate sales lift online and in stores, according to Montse Cortina, Essie’s vice president of U.S. marketing.This year, Essie is bringing back the day to celebrate a perfectly painted talon, but this time the social blitz will be supported with a sweepstakes for a chance to win a trip to Essie’s headquarters. The winner will have the opportunity to create a custom nail polish shade, a concept generated by Essie enthusiasts. “We know that Essie fans everywhere dream about making their own polish,” Cortina said. “So, we decided to make that idea happen.” She added the campaign has one of the biggest responses of any campaign in Essie’s history, exceeding 35,000 entries and four times the amount of entries from last year’s sweepstakes. Two runners-up will receive 100 Essie shades. The winner will be selected on June 4.In tandem with the sweepstakes, Essie is rolling out a new nail polish brush with the launch of its Soda Pop collection that debuts later this month. The new brush design allows fans to cover nails in one stroke.While the day of celebrating polished nails can’t be credited with a total upswing, the declines in the category that started after a robust 2013 started lessening during the second half of 2017 and into 2018. Essie has done its share of heavy lifting to boost the category and help the brand chalk up sales that outpace the overall industry. Specifically, the brand rolled out innovations, such as Gel Couture, a two-step, long-wear system that originally bowed in 2016. And last year, Essie launched a new collection that is a hybrid between nail color and nail care called Treat Love & Color. “Consumers are really looking for that care benefit at the same time they are getting their nails done,” said Cortina of the sales push behind nail care. We launched with some sheer shades last year and this year we extended to our full portfolio — cremes, shimmers and sheers.”The category is cyclic, explained Cortina, who predicted the segment will be back in the black in 2019. “We had quite a few years of double-digit growth. We see a cyclical wave of going down and up and we expect to be back to positive in 2018,” she said. While the last few years have been focused on brows and lips, she thinks the focus will shift to nail as an emerging makeup look.IRI data for the 52-week period ended in multiunit doors support her theory that nail is turning the color. Overall category sales were down 4.7 percent versus 7 percent a year ago. Polish declines were held to 10 percent, an improvement over the 12 percent drop in 2017. Those numbers don’t count the specialty and professional channels where retailers also see a bounce in sales.