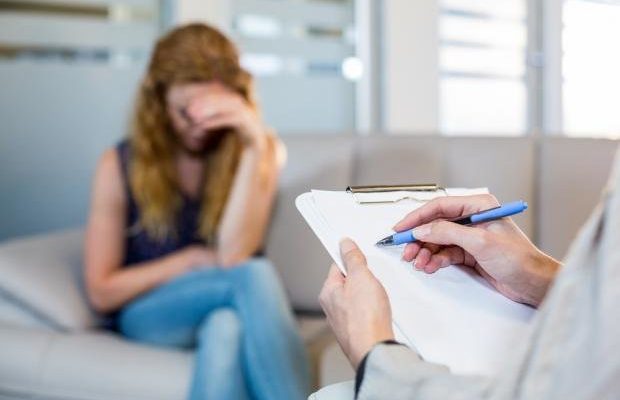 Helene Egvang has suffered from bipolar disorder since she was 17. A large part of her life swings between depression and mania. The worst situation is where a deep depression accompanies mania. It is at these times that she is most often admitted to hospital.

“I shift quickly between mania and depression. It becomes dangerous when a deep depression is supplemented with a boost of mania – then I suddenly have the energy to hurt myself as my depression wants me to,” says Egvang.

She recognises the symptoms and knows when it is bad enough to go to hospital. So, in 2014, she signed a contract with the mental health services, which gives her the right to admit herself without first being evaluated by a doctor.

“I’ve had so many bad experiences in the emergency room. It’s hell. It’s enormously reassuring for me to be able to admit myself. I’m connected with a department where people know me. I don’t need to prove to someone that I’m ill enough,” she says.

Read more about the process of patient-controlled hospital admissions in Denmark at the end of the article.

More dignity when patients admit themselves to hospital

“The patients and their relatives experience it as an easier way to get help. It gives them security to know that they have a contract and can come in when they need to. The relative say that it gives the patient’s more dignity. The patients choose themselves and they are certain that they can get help,” she says.

Ellegaard’s research, based on surveys and interviews, shows that the patient-controlled admissions are one way to improve patient involvement in psychiatry.

“It gives a feeling of being taken seriously. Personnel trust that I know when I’m ill enough to come in,” she says.

From healthy to hospital admission

Ellegaard’s Ph.D. project also showed that both personnel and patients experienced that some patients became better at managing their own illness.

Egvang has previously been turned away from hospital because she was considered healthy in comparison to other patients.

“Being rejected by the emergency department has often made me doubt that I had the same right to be in hospital as other patients, and it feeds thoughts that I’m weak when I can’t cope by myself,” says Egvang.

This has meant that she has often become worse before finally being admitted. In her own judgement this leads to a longer time in hospital overall.

She no longer experiences this. However, the five day period that she is able to admit herself for has often been too short, causing her to follow the usual process of admission.

Ellegaard’s interviews with both patients and personnel show that both parties see great advantages with patient-controlled admissions:

“The staff experience better collaboration with patients. They’re not quite as ill when they come in via a patient-controlled admission. They’re in a condition where they can better explain what they want and need,” she says. It gives patient’s more responsibility for their own illness and admission.

Patients are able to admit themselves for up to five days, allowing for a more focused period where staff can plan what they should do and how they should do it to prepare patients for discharge.

Patients need to learn how to use the system

Contrary to Ellegaard’s and Egvang’s experiences, another study of the same patient-controlled admissions trial recently showed that the program did not reduce coercion (involuntary treatment), medication, length of hospital stay, or the number of readmissions.

“I’m a bit surprised. Based on both my own personal experience and from people I know in the system, it doesn’t lead to shorter admissions. Perhaps fewer,” says Egvang.

She speculates whether the scientists might have judged the scheme prematurely.

“A big factor is how long people have had the right to admit themselves. It takes perhaps one to two years to learn how to use the program before you get used to the fact that you don’t need to be suffering as bad as you did before,” she says.

Head of research at Mental Health Centre Copenhagen, Michael Benros, who was involved in the research, agrees that more research is needed.

“Of course it’s an option that cannot be excluded,” he says. “Further research is needed on the possible long term effects or to see whether specific subgroups of patients might actually have a beneficial effect, which we will investigate in subsequent studies.”

However, the data do not indicate that this could be a problem. The study lasted between 2013 and 2016, and all patients were followed for a minimum of one year.

Half admit themselves for reasons other than their illness

Ellegaard’s research shows that 50 per cent of patients admit themselves to hospital due to psychological problems. The remaining 50 per cent were admitted for other reasons: primarily social problems, practical, or financial issues.

But this is not a problem, says Anne Lindhardt, chair of The Mental Health Foundation, Denmark.

“This is a group of people who are very ill. They have severe psychiatric illnesses, and a large proportion of them have social problems. The problems flow together and so it’s positive that they can get help,” says Lindhardt.

Relief outside the ward

Benros suggests establishing a new support initiative where patients can find help outside the psychiatric wards, instead of patient-controlled hospital admissions.

“For patients that don’t need a long admission or a doctor, one might consider whether it would be more appropriate for these patients to find relief in another context other than the hospital,” he says.

These types of places could also be used by patients who are ready to be discharged, but still need extra help before they can go home or are waiting to clarify their living situation.

But it is important to ensure that these patients are just as satisfied with this arrangement as the patient-controlled hospital admissions, says Benros.

Egvang will be sorry to lose the right to admit herself to hospital. Even though her illness has not eased. She still takes the same amount of medicine, is hospitalised for the same amount of time, and is applying for an early pension.