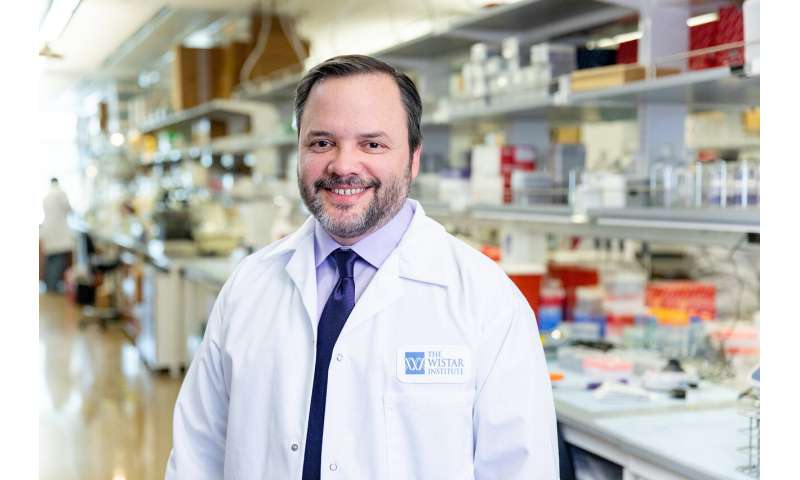 Contrary to the long-held view that semen can only act as a way to transmit HIV-1 from men to women, scientists at The Wistar Institute and the University of Puerto Rico found that frequent and sustained semen exposure can change the characteristics of the circulating and vaginal tissue immune cells that are targets for infection, reducing the susceptibility to a future infection. This finding, published in the journal Nature Communications, also provides a potential explanation as to why a small number of female sex workers worldwide continue to test negative for infection despite continuous high-risk sexual activity.

Research previously reported by the laboratory of Luis J. Montaner, D.V.M., D.Phil., the Herbert Kean, M.D., Family Professor and director of the HIV-1 Immunopathogenesis Laboratory at Wistar’s Vaccine & Immunotherapy Center, together with investigators at the University of Puerto Rico, showed in a 2015 paper how continued semen exposure in female sex workers resulted in changes in the cervicovaginal tissue that predicted an increased resistance to HIV infection. The current study directly addressed if semen could be a factor in resistance.

“While HIV infection has been with us for more than 30 years, this is the first study that describes how semen exposure over time could result in local tissue changes that limit HIV infection in humans,” said Montaner, who is the lead author of the new study. “Apart from defining a new factor that may regulate HIV transmission, this unexpected finding could directly impact the design of future HIV vaccine studies that commonly recruit female sex workers. Currently, condomless sex is assumed to only promote the likelihood of infection. Our observation, however, raises the hypothesis that frequent semen exposure may potentially reduce HIV transmission.”

Edmundo N. Kraiselburd, Ph.D., professor at the University of Puerto Rico (UPR), co-directed this research project and supervised the use of non-human primates (NHP) from the Caribbean Primate Research Center. NHPs are a principal pre-clinical research model used to test prophylactic anti-HIV interventions.

“This research clearly shows the valuable information the macaque model can provide when used to study what may determine HIV infections in humans,” said Kraiselburd.

In the study, animals were exposed to semen twice a week over 20 weeks with or without inactivated particles of the simian immunodeficiency virus (SIV is an HIV-like virus that infects primates and causes a disease similar to AIDS); after this conditioning period, they received low-dose intravaginal SIV challenges.

Semen-exposed animals showed a 42% decrease in the risk of infection. Scientists analyzed specific markers of immune activation in the cervicovaginal microenvironment and in the bloodstream. On circulating CD4+ cells, semen conditioning was associated with lower expression of the CCR5 receptor, which acts as a binding site for HIV to enter its host cells, supporting the observation of a lower susceptibility to SIV vaginal challenge. Furthermore, semen-conditioned animals had higher levels of the CCL5 cytokine, a natural HIV-suppressive factor, in the cervicovaginal compartment in response to SIV challenge.

Additionally, repeated semen exposure resulted in elevated cervicovaginal tissue levels of antiviral factors such as MX1, which also positively correlated with levels of IFN-epsilon. IFN-epsilon, which can be induced by semen and protects human cells from bacterial and viral pathogens, has direct anti-HIV properties and was described to be induced in tissues from sex workers in association with condomless sex.

Of note, semen-treated animals that remained uninfected after exposure to low viral amount became infected when subsequently challenged with high doses of virus, confirming that they were still susceptible to infection and that repeated semen exposure provides only partial protection and does not block HIV infection.