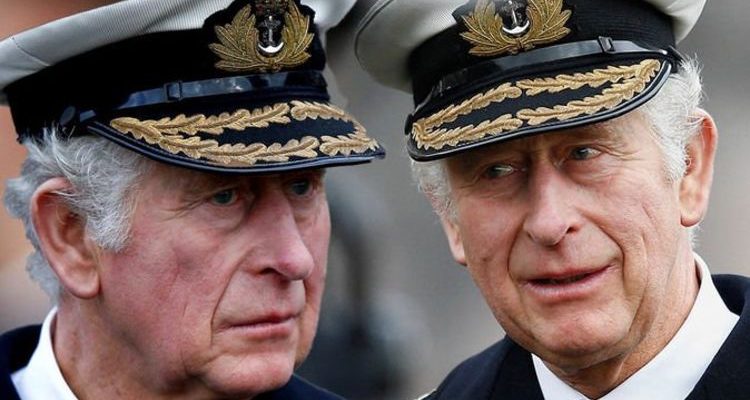 Most recently, it has been reported that the Prince extended an invite to the Duke and Duchess of Sussex, offering them a place to stay during the Queen’s Jubilee. According to sources, the invitation comes at a suspiciously similar time as rumours that the Duke’s new “explosive” memoir will slam Prince Charle’s wife, Camilla, the Duchess of Cornwall. Although trying to keep tensions within the family at bay, on the other hand the Prince’s “sausage fingers” seem to still be flaring up in public outings. What condition does the royal suffer from?

The Prince’s condition has unfortunately not gone unnoticed by the public in recent years, with many taking to social media to comment on the appearance of his hand whenever the royal attends a public event.

On one occasion, when the royal poured himself a pint of bitter at the aptly named Prince of Wales pub in South London back in May 2021, individuals took to Twitter to comment on his appearance.

One concerned user tweeted: “I’ve never noticed the hands of Prince Charles until this photo! Is he OK? OMG they are so swollen.”

In fact, concern for the Prince was so widespread that the terms “Charles”, “fingers”, and “hands” became some of the most searched terms on Google in the UK at the time.

In another public engagement back in 2019, this time in India, pictures revealed that the Prince suffers from the same swelling in his feet as well as his hands.

These were not isolated incidents as the Prince’s fingers were once again in the spotlight as photos taken during Prince Philip’s funeral showed they were swollen.

Finally, during the recent four-day trip to Egypt and Jordan, photos published by Sky News of the Prince and the Duchess of Cornwall showed the royal suffering from swollen limbs once more.

London Medical explains that it is due to a build-up of fluid in the body’s tissues that make them puffy and swollen.

Professionally referred to as oedema, the condition can affect any part of the body. However, as a result of gravity the fluid tends to fall downwards, meaning that the hands, feet and ankles are usually the most affected areas.

The NHS adds that oedema is usually caused by the following:

However, the condition can also be triggered by a sudden change in temperature, blood clots, an infection or an injury such as a sprain or strain.

As well as swollen, puffy limbs, an individual’s skin can also stretch making the skin look shiny or red. Some individuals may also experience a change in the colour of the skin, and discomfort when pressed.

The London Medical adds that sometimes oedema can become an emergency, especially if it occurs suddenly. Symptoms to look out for include:

The NHS explains that although swelling in the ankles, feet or legs should go away on its own, there are certain things that individuals can do to try and help the swelling:

More importantly, the medical site explains that individuals should avoid standing or sitting for long periods of time, or wearing clothes, socks or shoes that are too tight.

Another condition that can cause similar symptoms, especially in the hands is known as dactylitis – a type of inflammation in the fingers and toes.

The swelling can give the fingers a bloated, sausage-like appearance, and it may be painful and make it difficult to move the affected area.

According to Medical News Today, dactylitis can occur due to an infection or because of a change in the immune system. This is usually down to an autoimmune condition, which causes the immune system to attack healthy tissues.

In regards to either of the conditions, individuals should call 999 if they feel short of breath or are struggling to breathe, or their chest feels tight, heavy or painful, as this could be a blood clot in your lungs, which would need immediate treatment in hospital.