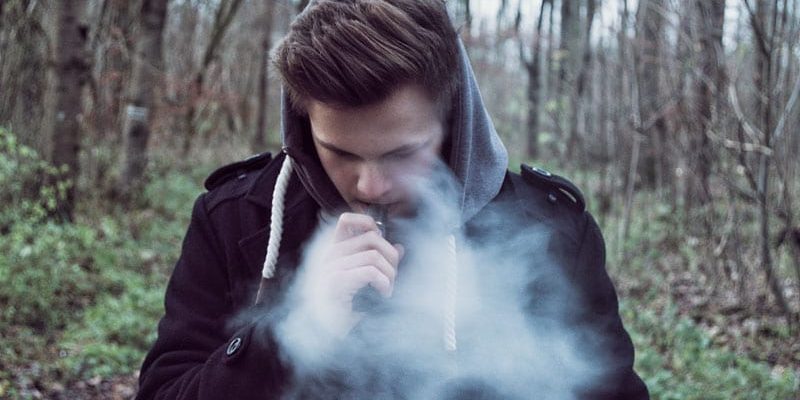 Vaping has become the dominant form of tobacco use by adolescents in the United States immediately after waking up, according to an analysis of a survey on teen tobacco use published in JAMA Network Open.

By 2019, Stanton Glantz, PhD, and associates found, “more e-cigarette users were using their first tobacco product within 5 minutes of waking than users of cigarettes and all other tobacco products combined.” Use upon waking is an indicator of addiction.

That number changed drastically from 2014 when less than 1% of sole-e-cigarette users were using e-cigarettes first thing in the morning to 10.3% by 2021. The numbers did not change for sole cigarette smokers or sole smokeless tobacco users, but did increase by half (odds ratio per year, 1.49) for sole cigar users.

In addition, among adolescents who currently use any tobacco product, the proportion whose first tobacco product was e-cigarettes increased from 27.2% in 2014 to 78.3% in 2019 and remained close to that at 77% in 2021.

Meanwhile, the number of young people using e-cigarettes peaked in 2019 and has been declining.

By 2019, the Centers for Disease Control and Prevention estimated that 5.3 million middle and high school students were using e-cigarettes. That number dropped to 3.6 million in 2020 and to 2.1 million in 2021 during the COVID-19 pandemic.

This increasing intensity of use may reflect the higher nicotine delivery and addiction liability of modern e-cigarettes that use protonated nicotine, which makes nicotine easier to inhale than older versions of e-cigarettes, which used freebase nicotine, Glantz and associates wrote.

The change in nicotine came in 2015 with the introduction of Juul products, they said, “which added benzoic acid to the nicotine e-liquid to lower the pH level and form protonated nicotine.”

The researchers advised: “Clinicians should question all their patients about nicotine and tobacco product use, including e-cigarettes and other new nicotine products.”

Raghu Appasani, MD, a psychiatrist who specializes in adolescent addiction and a clinical fellow at University of California, San Francisco, said in an interview that users often misunderstand the potential health effects of e-cigarettes and mistakenly think of them as a safe alternative to cigarettes.

All medical providers have a responsibility to ask patients about nicotine and tobacco products, Appasani said.

“Be Curious, Not Judgmental”

Appasani advised: “Be curious with your approach. This may uncover that maybe they use [e-cigarettes] to fit into a social scene or have stressors at home or in school. Most likely there is an underlying issue that has led to their use. Perhaps there is untreated anxiety and/or depression. Be curious, not judgmental.”

It is also important to ask about social and psychological factors that may be contributing to use and help the user think through how the use is affecting life in their home, school, and social settings, Appasani said.

He said he was not surprised by the findings as e-cigarettes allow easy access to smoking and it’s easier to hide the habit. The flavoring often get kids hooked originally.

The authors wrote: “These findings suggest that clinicians need to be ready to address youth addiction to these new highly addictive nicotine products during many clinical encounters, and stronger regulation is needed, including comprehensive bans on the sale of flavored tobacco products.”

Just more than half of the survey respondents (51.1%) were male and average age was 14. Researchers analyzed data from the National Youth Tobacco Survey, a nationally representative survey of middle and high school students.

They used the Youth Behavioral Risk Factor Surveillance System from 2015 to 2019 as a confirmatory analysis.

This study was supported in part by grants from the National Cancer Institute. Glantz received personal fees from the World Health Organization outside the submitted work. One coauthor reported serving as a paid expert witness against the tobacco industry outside the submitted work. No other disclosures were reported. Appasani declared no relevant financial relationships.