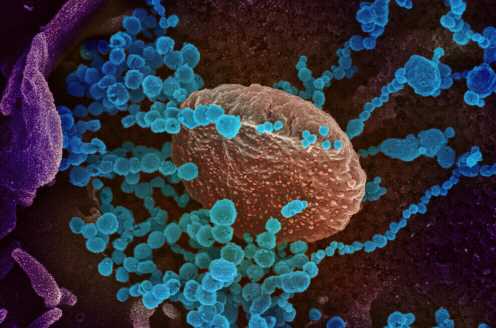 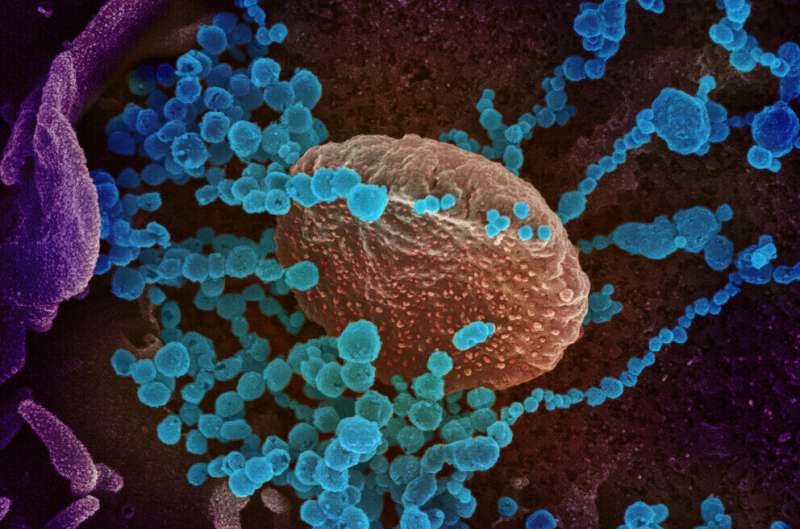 As SARS-CoV-2 continues to evolve, new variants are expected to arise that may have an increased ability to infect their hosts and evade the hosts’ immune systems. The first key step in infection is when the virus’s spike protein binds to the ACE2 receptor on human cells. Researchers at Penn State have created a novel framework that can predict with reasonable accuracy the amino acid changes in the virus’s spike protein that may improve its binding to human cells and confer increased infectivity to the virus.

The tool could enable the computational surveillance of SARS-CoV-2 and provide advance warning of potentially dangerous variants with an even higher binding affinity potential. This can aid in the early implementation of public health measures to prevent the virus’s spread and perhaps even may inform vaccine booster formulations.

“Emerging variants could potentially be highly contagious in humans and other animals,” said Suresh Kuchipudi, clinical professor of veterinary and biomedical sciences and associate director of the Animal Diagnostic Lab, Penn State. “Therefore, it is critical to proactively assess what amino acid changes may likely increase the infectiousness of the virus. Our framework is a powerful tool for determining the impact of amino acid changes in the SARS-CoV-2 spike protein that affect the ability of the virus to bind to ACE2 receptors in humans and multiple animal species.”

The team used a novel, two-step computational procedure to create a model for predicting which changes in amino acids—molecules linked together to form proteins—may occur in the receptor binding domain (RBD) of SARS-CoV-2’s spike protein that could affect its ability to bind to the ACE2 receptors of human and other animal cells.

According to Kuchipudi, the currently circulating variants include one or more mutations that have led to amino acid changes in the RBD of the spike protein.

“These amino acid changes may have conferred fitness advantages and increased infectivity through a variety of mechanisms,” he said. “Increased binding affinity of the RBD of the spike protein with the human ACE2 receptor is one such mechanism.”

Kuchipudi explained that the spike protein binding to the ACE2 receptor is the first and crucial step in viral entry to the cell.

“The binding strength between RBD and ACE2 directly affects infection dynamics and potentially disease progression,” he said. “The ability to reliably predict the effects of virus amino acid changes in the ability of its RBD to interact more strongly with the ACE2 receptor can help in assessing public health implications and the potential for spillover and adaptation into humans and other animals.”

Costas D. Maranas, Donald B. Broughton Professor in the Department of Chemical Engineering at Penn State, led the development of the team’s new two-step procedure. First, the researchers tested the predictive power of a technique, called Molecular Mechanics-Generalized Born Surface Area (MM-GBSA) analysis, to quantify the binding affinity of the RBD for ACE2. MM-GBSA analysis sums up multiple types of energy contributions associated with the virus’s RBD “sticking” to the human ACE2 receptor. Using data from already existing variants, the team found that this technique was only partially able to predict the binding affinity of SARS-CoV-2’s RBD for ACE2.

Therefore, Maranas and the team explored the use of the energy terms from the MM-GBSA analysis as features in a neural network regression model—a type of deep-learning algorithm—and trained the model using experimentally available data on binding in variants with single amino acid changes. They found that they could predict with more than 80% accuracy whether certain amino acid changes improved or worsened binding affinity for the dataset explored.

“This combined MM-GBSA with a neural network model approach appears to be quite effective at predicting the effect of amino acid changes not used during model training,” said Maranas.

The model also allowed for the prediction of the binding strength of various already observed SARS-CoV-2 amino acid changes seen in the Alpha, Beta, Gamma and Delta variants. This may provide the computational means for predicting such affinities in yet-to-be discovered variants. Nevertheless, even though our computational tool can find amino acid changes that boost binding affinity even further, they have not yet been observed in circulating variants. This may mean that such changes could interfere with other requirements of productive virus infection. It is a reminder that binding with the ACE2 receptor is not the complete story.

The findings published today (Sept. 29) in the journal Proceedings of the National Academy of Sciences.

“Our method sets up a framework for screening for binding affinity changes resulting from unknown single and multiple amino acid changes; therefore, offering a valuable tool to assess currently circulating and prospectively future viral variants in terms of their affinity for ACE2 and greater infectiousness,” said Maranas.