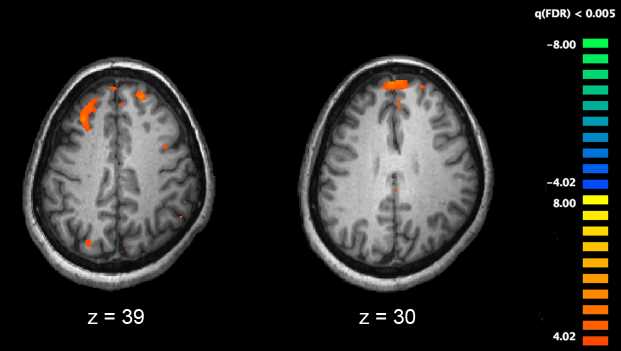 What if the key to a better understanding of schizophrenia has been here all along—but researchers haven’t had the resources to study it?

Now, thanks to the pooled data and insights from researchers around the world, USC researchers have the clearest picture yet of brain abnormalities associated with the serious mental illness that impacts 20 million people worldwide.

A new study, published February 12 in the American Journal of Psychiatry, analyzed MRI scans of individuals with 22q11.2 deletion syndrome, also referred to as “22q” or DiGeorge syndrome, a genetic disorder caused by a small segment of missing DNA on chromosome 22. This tiny missing portion of chromosome 22 can affect every system in the body and is the strongest known genetic risk factor for schizophrenia.

Compared to a control group, those with 22q had overall significantly lower brain volumes, as well as lower volumes in specific structures including the thalamus, hippocampus and amygdala, compared with the control group. They also had higher volumes in several brain structures. The magnitude of these abnormalities, especially in those 22q individuals with psychosis, was larger than is typical in many other common psychiatric conditions.

About a quarter of people with 22q develop schizophrenia or experience psychotic symptoms, so studying the syndrome provides a unique window into how such psychiatric problems develop over time. But the disorder is rare—about one in 4,000 people have it, making it tough for researchers at any single institution to study the syndrome.

To address that problem, the Enhancing Neuro Imaging Genetics through Meta-Analysis (ENIGMA) consortium launched a new working group to study 22q using data collected by researchers across the U.S., Canada, Europe, Australia and South America. ENIGMA is led by Paul Thompson, associate director of the Mark and Mary Stevens Neuroimaging and Informatics Institute (INI) at the Keck School of Medicine of USC, who has been uniting researchers around the world to pool data and insights on rare diseases for a decade.

“We’ve pieced together many of the major research centers studying 22q11DS around the world to create the largest-ever neuroimaging study of the disorder,” said Christopher Ching, a postdoctoral researcher at the INI and first author of the study.

To get a clear picture of the brain abnormalities associated with schizophrenia in individuals with 22q, the study’s authors examined magnetic resonance imaging (MRI) scans from 533 people with the disorder and 330 healthy control subjects. Using advanced analytic techniques developed at the INI, the authors measured and mapped structural differences between the brains of the two groups.

Notably, the brain changes seen in people with 22q and psychosis significantly overlapped with the brain changes observed in previous neuroimaging studies of schizophrenia and other serious mental illnesses including bipolar disorder, major depression and obsessive-compulsive disorder.