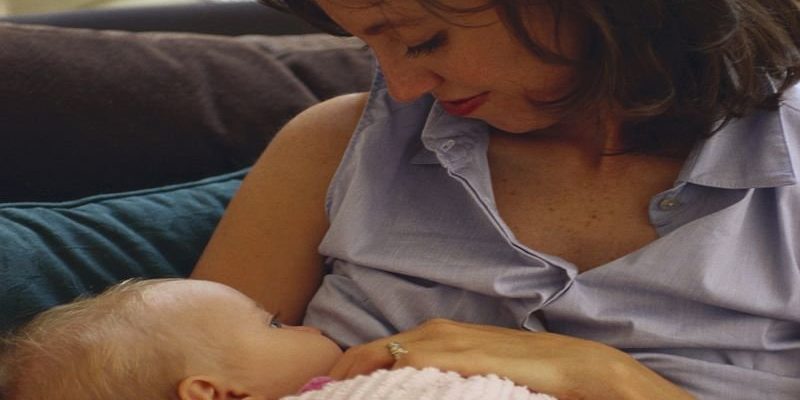 (HealthDay)—Breast-feeding has known benefits for both baby and mom, but if a new mom also smokes marijuana, does the drug turn up in her breast milk?

Yes, says new research. But the exact consequences of the small amount of marijuana that makes it to a baby aren’t yet clear.

“This study is just a start to see if marijuana transferred into breast milk. Levels in milk were quite low,” said senior study author Thomas Hale, director of the Infant Risk Center at Texas Tech University School of Medicine in Amarillo.

The researchers also don’t know if the levels of pot in breast milk would rise if a woman smokes more.

Still, study co-author Dr. Teresa Baker, co-director of the Infant Risk Center at Texas Tech, said, “We do not recommend the use of marijuana. There’s concern for the developing brain exposed to THC [the active component in marijuana].”

Both Hale and Baker said that women should abstain from smoking marijuana while breast-feeding because there’s simply no known safe amount.

The study included eight women who used pot. The women lived in Denver, where recreational marijuana is legal. Their use of marijuana varied, with most using the drug infrequently, although one woman said she’d used it seven to 10 times during the past week.

The women were between two and five months after delivery, and all were exclusively breast-feeding their babies.

The study was done completely anonymously. The researchers never knew who the women were.

The participants picked up a breast milk collection kit at a local community center. The kit included bottles for collecting breast milk as well as a new glass pipe for smoking marijuana to avoid contamination from past drugs used in a pipe.

After smoking for the test, mothers collected samples of breast milk at one, two and four hours after smoking.

About 2.5 percent of the amount the mother smoked was found in the breast milk.

Dr. Ronald Marino, chief of the division of general pediatrics at NYU Winthrop Hospital in Mineola, N.Y., reviewed the findings.

“Most things do get into breast milk, and we need to understand this more because we don’t know if there’s a safe exposure level for babies. But it’s probably better not to be exposed,” Marino said.

“Your baby’s brain is developing so much in the first year of life, you want to give them every chance to have high function. Try to stay as pure as you can when breast-feeding—[avoiding] marijuana, alcohol or even herbal remedies,” he added.

Marino said he didn’t think this would be more of an issue in states with legalized recreational marijuana. “Marijuana has been legalized in many states, but so is alcohol. We know that just because alcohol is legal, it doesn’t mean it’s a reasonable thing to use when pregnant or breast-feeding.”

Both Hale and Baker said more research is necessary because there are still many unanswered questions. This study only looked at inhaled marijuana—what about marijuana that’s eaten? Would heavy users have different levels from occasional users? And the most important question: What exactly is the effect on the baby?