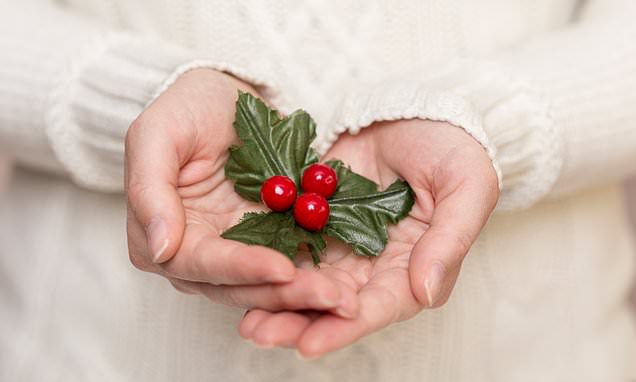 Could mistletoe hold the answer to combating endometriosis? Scientists find an extract of the seasonal plant can help with symptoms

Mistletoe could hold the secret to banishing women’s painful periods, scientists have discovered.

A study shows an extract of the seasonal plant can dampen down symptoms of endometriosis – a painful condition affecting ten per cent of women in the UK and US.

It develops when tissue that normally forms the lining of the womb starts to grow in other parts of the body, such as the ovaries, the pelvis, bowel, bladder – even occasionally the spine, lungs or brain.

Just like womb tissue, it swells and bleeds every month during a woman’s period. 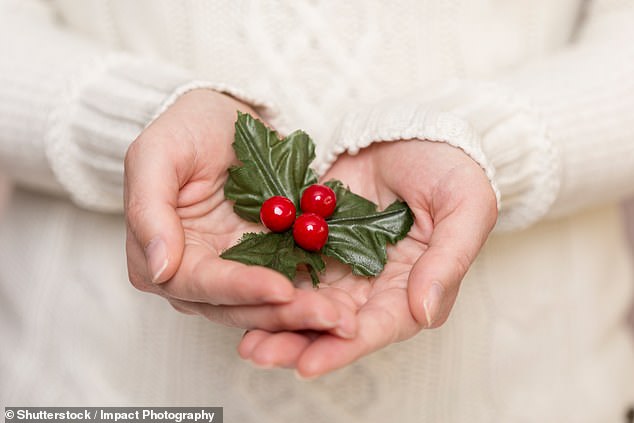 Mistletoe could be the secret to banishing painful periods, scientists at the Catholic University of Korea, in Seoul, have discovered. They studied 40 women with severe endometriosis

As the blood has no way of leaving the body – unlike during menstruation – it this triggers inflammation, pain and a build-up of scar tissue.

Endometriosis can leave women in agony every month and many go undiagnosed for years because they just think they are having painful periods.

Some cases can be treated with anti-inflammatory painkillers, such as ibuprofen, to dampen down the inflammation.

The contraceptive pill also helps by suppressing the release of oestrogen, which can promote tissue growth.

But many women with severe forms of the condition end up having surgery to remove abnormal tissue.

Now scientists at the Catholic University of Korea, in Seoul, have found mistletoe extract kills the rogue cells that cause the condition.

They studied 40 women with severe endometriosis, taking tissue samples from each one and exposing them to mistletoe extract in laboratory tests.

The results, in the International Journal of Medical Science, found that after just 24 hours the Xmas accessory favourite stopped endometrial cells from multiplying so easily – reducing the rate at which abnormal tissue grows.

It also appeared to lower levels of a substance called vascular endothelial growth factor, or VEGF.

This is a natural compound released by the body to help the formation of new blood vessels – such as those needed to keep abnormal womb tissue supplied with plenty of oxygen to keep growing.

The results support earlier investigations which showed mistletoe is packed with chemicals that may have potent cancer-fighting properties.

The plant is already used as a herbal remedy for cancer in some parts of the world.

In a report on the findings scientists said: ‘Mistletoe can reduce the viability of endometrial cells and is a potential candidate for the treatment of endometriosis.’

Mistletoe is a parasitic evergreen shrub that produces white berries from winter to spring.

The origins of the kissing tradition are unclear but are thought to date back to 1700s.

The Victorians became big fans of puckering up under the plant and one explanation may be that it is seen as a symbol of fertility and life.

The plant, which in the UK usually feeds off apple trees, stays green and bears fruit when most other trees and plants have died off for winter.

Endometriosis occurs when cells in the lining of the womb are found elsewhere in the body.

Each month, these cells react in the same way as those in the womb; building up, breaking down and bleeding. Yet, the blood has no way to escape the body.

Symptoms include pain, heavy periods and fatigue, as well as a higher risk of infertility, and bowel and bladder problems.

Its cause is unknown but may be genetic, related to problems with the immune system or exposure to chemicals.

Treatment focuses on pain relief and improving quality of life, which may include surgery or hormone treatment.