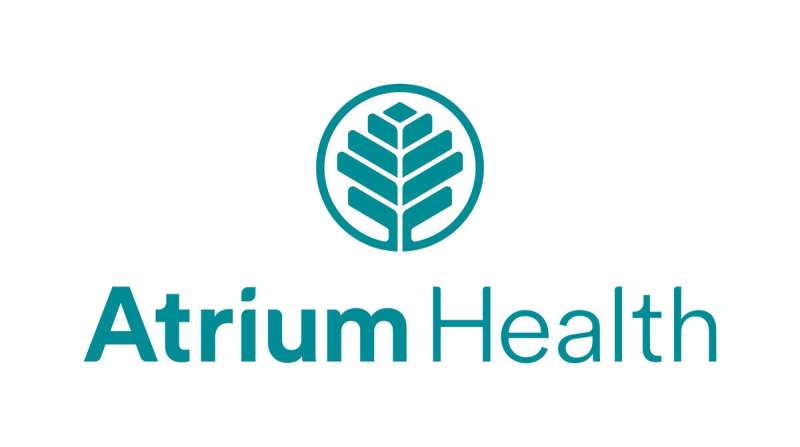 Setting its sights on national growth, Charlotte-based health care giant Atrium Health announced major plans on Wednesday to double its size through a deal with a Midwestern hospital system.

The move will result in the fifth largest health system in the country, Atrium CEO Gene Woods told The Charlotte Observer in an interview Tuesday ahead of the announcement.

The system will be headquartered in Charlotte, with combined revenue of more than $27 billion. It will operate under the Advocate Health name, with the Advocate, Aurora and Atrium Health brands used locally.

The goal isn’t size, Woods said, but what that size enables: more investments in employees and communities, and in solving inequities. “Size will enable us to serve our communities,” he said. “We’re just looking to do that more, better, faster.”

Still it’s a huge leap for a hospital system that once focused explicitly on the Carolinas.

The new system will serve more than 5.5 million patients, with 67 hospitals and more than 1,000 sites of care across Illinois, Wisconsin, North Carolina, South Carolina, Georgia and Alabama.

Woods and Advocate Aurora Health CEO Jim Skogsbergh will serve as co-CEOs of the combined organization for the first 18 months. After that, Skogsbergh will retire and Woods will become the lone CEO.

‘Looking to create a national system’

Atrium’s series of combination deals follow a trend toward hospital consolidation across the country. But critics of consolidation have warned it could mean patients will face higher prices.

The deal is staggering in its size and reach, said hospital consolidation critic and Duke Law School professor Barak Richman.

“I don’t understand how you can say owning a bunch of hospitals (across the country), how you can serve people in North Carolina better,” he said.

But Atrium said the new combination will create more jobs and opportunities for innovation.

Together, the combined system has nearly 150,000 employees, according to Atrium. The organizations pledged to create more than 20,000 jobs across the communities served, but they did not detail specifics on how to achieve that.

In response to hospital consolidation concerns, Woods said he believes Atrium and Advocate Aurora have track records of driving savings based on making the systems more efficient. And he wants to work to enhance partnerships with insurance companies to better serve patients.

The strategic combination with Advocate Aurora Health is Atrium Health’s first foray into the Midwest.

“One of the things we have learned through COVID, is that the digital world and telehealth has no state boundaries,” Woods said Tuesday. “We’re looking to create a national system so we can serve communities better.”

The combined system also announced a $2-billion pledge to tackle health inequities as well as a commitment to achieve carbon neutrality by 2030.

A long way from Carolinas HealthCare

The Advocate Aurora Health combination is the latest—and biggest—in moves that Atrium Health has taken toward nationwide expansion since changing its name from “Carolinas HealthCare System” in 2018.

That change was seen by experts as a sign of the hospital system’s ambitions to grow beyond the Carolinas, the Observer reported at the time.

And one day after announcing that name change, the hospital system announced a plan to combine with Georgia-based health care organization Navicent Health.

The partnership with Wake Forest Baptist Health, including the Wake Forest School of Medicine, was announced in early 2019. That combination paved the way for Atrium to bring a medical school to Charlotte, which is the largest city in the U.S. without a four-year medical school, according to Atrium.

The Advocate Aurora Health combination will not affect the timeline for the Charlotte medical school, Woods said.

The school, a second campus for the Wake Forest School of Medicine, will be built on a 20-acre parcel at the intersection of Baxter Street and South McDowell Street, Atrium announced last year. The school will host its first class of students in 2024.

What’s next for Atrium deal

The latest deal for Atrium will still need regulatory approval from the Federal Trade Commission.

Richman said he would expect some concerns about the consolidation to be raised at the regulatory levels, though Atrium spokesman Dan Fogleman said the organization is hopeful regulatory approval will come this year.

“This will certainly not fall through the regulatory cracks,” Richman said.

And NC Attorney General Josh Stein has previously voiced concern about the trend toward hospital consolidation.

“Too often, when one hospital swallows up another, patients end up paying more and getting worse care,” Stein said in a February statement.

But in early 2021, Stein told Atrium Health and Wake Forest Baptist Health he would not oppose the combination.

“This deal marks an important step forward in helping to train and prepare the next generation of physicians, many of whom will stay and practice in our state,” Stein said at the time. “If the COVID-19 pandemic has taught us anything, it is that way we need smart, dedicated and well-trained medical professionals to provide health care.”