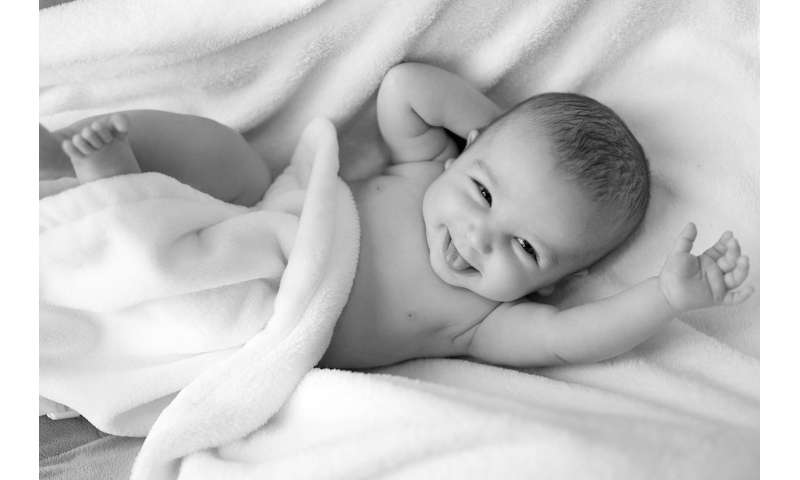 Children born to mothers with gestational diabetes and who were easier to soothe as infants were at a higher risk to become obese children, according to a recent study published in JAMA Pediatrics by University at Buffalo researcher Myles S. Faith and collaborators.

The study, “Association of Infant Temperament with Subsequent Obesity in Young Children of Mothers with Gestational Diabetes Mellitus,” found a link among mothers with gestational diabetes mellitus and their children, who demonstrated what is known as “soothability” temperament, and childhood obesity.

Researchers defined soothability as “reduction of fussing, crying or distress when soothing techniques were used by the caregiver.” A validated infant temperament questionnaire was used in this study.

“For high soothability infants, parents may have discovered that using juice or sugary beverages was effective in the short run for calming the infant,” says Faith, lead author on the study and professor and chair of the Department of Counseling, School and Educational Psychology in UB’s Graduate School of Education. “But in the longer run, these beverages may be contributing to excess calories and obesity risk.

“There is much concern among pediatricians, nurses and other public health experts regarding excess sugary beverages,” he explains. “One takeaway is for parents of high soothability infants to think about alternative strategies to calm infant distress.”

Faith says a key to this study is how it intersects infant temperament with childhood obesity risks.

“It’s significant because there has been limited research looking at temperament traits as they relate to childhood obesity risks,” says Faith, adding that to his knowledge, this is the first study to examine the role of infant temperament and its effect and subsequent risk of obesity among children whose mothers had gestational diabetes.

“It may be that for infants high in soothability, sugary beverages are a way to help with emotional regulation, and then parents may have learned to use sugary beverages or perhaps food to soothe distress,” he says.

Gestational diabetes mellitus is found in about 10 percent of all pregnancies, according to the Centers for Disease Control and Prevention. Mothers with gestational diabetes have elevated blood sugar during pregnancy, which can be harmful to the infant’s health.

“Among this high-risk population of infants exposed to hyperglycemia in utero, elevated soothability foreshadows early childhood obesity,” the study states.

Temperament, Faith says, “is a topic that parents frequently talk about because they can identify their child’s unique temperament from early life. They can also see how strikingly different siblings from the same family can be in temperament.

“The question becomes, how do parents respond to these differences in everyday activities—including feeding practices? And might these interactions somehow contribute to later obesity?”

In addition to Faith, other researchers on the study include senior author and principal investigator Erica P. Gunderson of the Kaiser Permanente Northern California Division of Research, and co-authors James B. Hittner of the College of Charleston, and Shanta R. Hurston, Jie Yin, Louise C. Greenspan and Charles P. Quesenberry Jr., all of Kaiser Permanente Northern California.

The study was funded by the National Institute of Diabetes, Digestive and Kidney Diseases, and the American Diabetes Association.