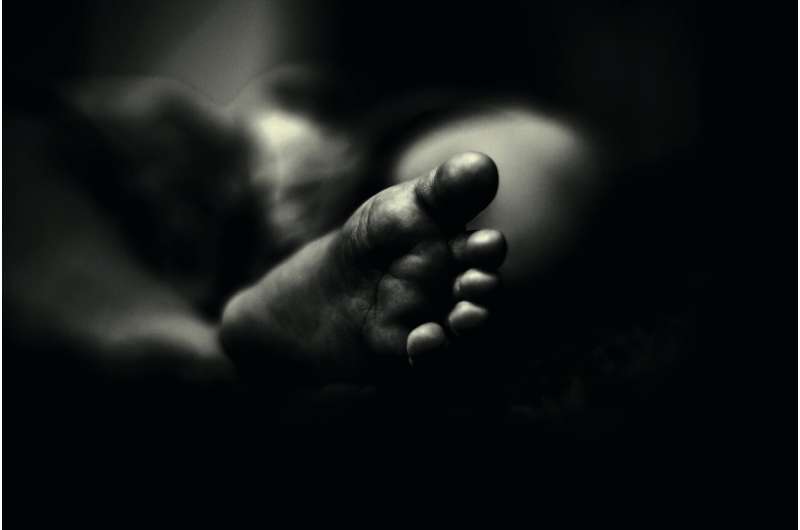 A six-year study of nearly 100,000 women in Botswana has provided new evidence that relatively inexpensive daily diet supplementation of iron, folic acid and vitamin supplementation in pregnancy can reduce complications at birth. Researchers found that iron and folic acid supplementation (IFAS), as well as iron and folic acid plus essential vitamins and trace minerals (multiple micronutrient supplementation, or MMS), are associated with significantly lower rates of babies born at low birthweight and other complications at birth, compared to iron or folic acid alone. For example, the rate of low-birthweight birth was under 10.5 percent for women supplementing their diets with multiple micronutrients, the lowest rate of any comparison group.

Published in The Lancet Global Health, the study was led by Ellen Caniglia, ScD, an assistant professor of Epidemiology in the Department of Biostatistics, Epidemiology, and Informatics at the Perelman School of Medicine at the University of Pennsylvania, as well as investigators at the Botswana-Harvard AIDS Institute Partnership and Harvard T.H. Chan School of Public Health. The results represent a broad, real-world confirmation of earlier clinical trial results. The study, the largest ever of its kind, also included a substantial cohort of pregnant women with HIV, and found that IFAS and MMS appeared to have even larger benefits in this group.

About 15 to 20 percent of children born every year around the world have low birthweight, defined as a weight less than 2.5 kg at birth. Commonly occurring with preterm birth, low birthweight is associated with significantly increased risks of childhood illnesses and death, and diseases later in life such as diabetes and cardiovascular disease. The highest rates of low-birthweight births occur in South Asia and Sub-Saharan Africa.

To help reduce the rate of babies born at low birthweight and related complications at birth, the World Health Organization (WHO) recommends daily IFAS throughout pregnancy, in all settings, based on substantial clinical trial evidence. There is also clinical trial evidence that daily prenatal MMS, which includes iron and folic acid plus vitamins (A, C, D, E, B1, B2, B3, B6, B12) and minerals/metals (iodine, selenium, zinc, copper), may be superior to IFAS.

However, there has been a need for more evidence for MMS’s benefits, especially with respect to IFAS, in real-world settings, and in high-risk women such as women with HIV. The new study provides proof that the approach can help.

Caniglia and colleagues examined supplement use and birth outcomes among 96,341 women who were seen between 2014 and 2020 in a group of government hospitals in Botswana. The sample patients studied represents a large proportion of all births in Botswana in the time period. Supplement initiation was relatively easy to track in the sample because the pills were prescribed and provided free of charge by the participating hospitals. The researchers analyzed how the rates of low-birthweight and other complications at birth, such as preterm or very preterm delivery, stillbirth, and neonatal death, varied according to the supplements each woman began taking during her pregnancy.

Women who initiated IFAS had clearly lower rates of most adverse birth outcomes, compared to women who took only iron or folic acid. Rates of low-birthweight births, for example, were 16.92 percent in the folic acid-only group and 12.70 percent in the iron-only group, but only 11.46 percent in the IFAS group.

HIV infection is unusually prevalent in Botswana, and nearly a quarter of the pregnant women in the study were living with the virus. The analysis revealed that among these women, the differences in rates of adverse outcomes between MMS and IFAS, and between IFAS and folic acid or iron alone, were generally larger than those seen in HIV-negative women—suggesting that supplementation has greater benefits for this population.

“We don’t really know why this is—possibly, pregnant women with HIV are more likely to be micronutrient deficient,” Caniglia said.

The data suggested that women over 35 years old also seemed to derive greater benefit from IFAS or MMS, compared to younger women.

While the study illuminated the comparative benefits of prenatal supplements, it also highlighted the problem of supplement shortages or “stock-outs.” Throughout the study period, IFAS was universally recommended by WHO for pregnant women, yet more than 43 percent of the women in the study received iron alone, folic acid alone, or no supplement at all, apparently due to these stock shortages.