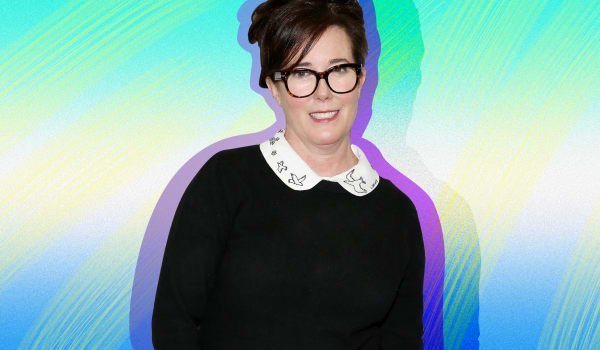 There is no official way to look depressed or suicidal. It’s not as if you get your diagnosis from a psychiatrist and are immediately issued a pair of stained sweatpants and a worn-out bathrobe and instructed to skip showering and never stop crying.

For a lot of people living with mental illness — myself included — it can look like we have it together. We can get up in the morning, put on a polished outfit, go to work, make jokes, socialize and carry on as if everything were normal — even though in reality, inside we feel like life is pointless and hopeless.

Upon first learning about my diagnosis, several people even told me that I don’t “look” depressed or even that I have “no reason” to be depressed. But that’s not how mental illness works. There is no way of looking at a person, assessing their physical appearance, demeanor or professional success and knowing for sure what’s going on in their mind or how their brain works. But this is hard to remember sometimes — like when we learned of designer Kate Spade’s death.

Though her sister, Reta Saffo, told the Kansas City Star that Spade had suffered from “debilitating mental illness” for the past three or four years and was self-medicating with alcohol, she says Spade avoided seeking help out of fear that it would hurt her “happy-go-lucky” brand. Most of the rest of us aren’t literally the face of a cheerful, colorful brand built on optimism, but some of us also living with mental illness can absolutely relate to feeling like we have to constantly mask how we’re really feeling.

Why losing a public figure this way affects us

Unlike her sister, most of us don’t know Spade personally, yet similar to the responses to the deaths of Robin Williams and Chester Bennington, many people have strong emotional reactions. This happens because we feel somehow feel personally connected to their work — whether your first “real” handbag was one of Spade’s designs or you grew up watching Williams on Mork & Mindy or listening to Bennington’s music with Linkin Park.

“We invite public figures and celebrities into our homes and our hearts in such a way that allows us to genuinely celebrate when they get married and have children and grieve when they are gone,” Dr. Marissa Long, a licensed clinical psychologist in Southern California and the founder of Thrive Wise, tells SheKnows. “The loss of these icons by way of suicide can have an even bigger impact because of how we have come to know them over time. We know them as happy, healthy, successful role models. We don’t typically know them as actual people with struggles or complaints.”

Success is not an antidepressant

Unsurprisingly, when someone well known dies this way, people have a lot of questions, most frequently, “How could they be so depressed? They had it all,” Dr. Dion Metzger, a psychiatrist practicing in Atlanta, tells SheKnows. She explains that we see people like Spade as successful and rich and assume that it comes with happiness, noting that her death serves as a reminder that mental illness does not discriminate based on income and/or fame.

It also underscores the incorrect assumption that depression is simply being really sad about a certain event or situation — as opposed to being a serious mental health condition based in the brain that impacts our mind and behavior, Long explains.

“This means that no matter how seemingly great our lives may be or actually are, if the brain’s chemistry is out of balance in just the right way, we will suffer from depression,” she says. “A depressed person may be stereotypically sad, isolative, cry often and have negative thoughts. They can alternatively be extra engaged, putting effort into connecting one last time or anything in between.”

Although people living with depression and/or suicidal thoughts don’t all look a certain way, there are some warning signs to keep in mind. These could include a person giving away their possessions, making vague statements like “the world would be better off without me” or “I wish I could just go to bed and never wake up,” or hoarding their medications instead of taking them as prescribed, Patti Sabla, a psychotherapist and licensed clinical social worker practicing in Hawaii, tells SheKnows. Similarly, Metzger adds that other warning signs include a person isolating themselves from other people and making final statements like “I’ve always loved you.”

Additionally, Long says not to ignore a person if they talk about wanting to die or kill themselves, noting, “This may seem obvious, but often goes overlooked.” And pay attention to other things they say, including if they mention that they feel like they’re a burden or hopeless. Also, any behaviors that display a recklessness or disinterest in safety beyond what would be considered normal may be a warning sign, Long adds.

What to do if you think someone might be suicidal

As hard as it might be to address suicide with someone, Long says that it’s important to let the person know that you’re concerned about them and care.

“Oftentimes, when we think that someone may be suicidal, it can create a very real fear that we attempt to dismiss or avoid,” she explains. “Instead, the best thing to do is to approach it in a caring but head-on manner and provide solid resources, and possibly even a plan to immediately access those resources such as a suicide hotline, contacting the police or going to a nearby hospital for evaluation and support.”

If you simply avoid the issue, it can add to depressive thoughts such as, “no one cares” or “it would be better for others if I were gone,” Long says. And don’t be concerned that bringing up suicide will plant the thought for the person. “If someone is having thoughts of suicide, the greater risk is not talking to them about it,” she adds. “By the time that someone may think and be brave enough to ask about suicidal thoughts, it is likely their loved one has likely been contemplating or struggling with suicidal thoughts in secret.”

What can we learn from this?

We can use tragedies like Spade’s death as a teachable moment for those who may not know much about suicide, Sabla explains, adding that now is the time to have a dialogue about it because suicidal thoughts are more common in society than we realize.

“Hopefully, this decreases the stigma behind suicide and allows people to have an open conversation about it,” she says.

If you or someone you know is feeling suicidal, you can call the National Suicide Prevention Lifeline at 1-800-273-8255.