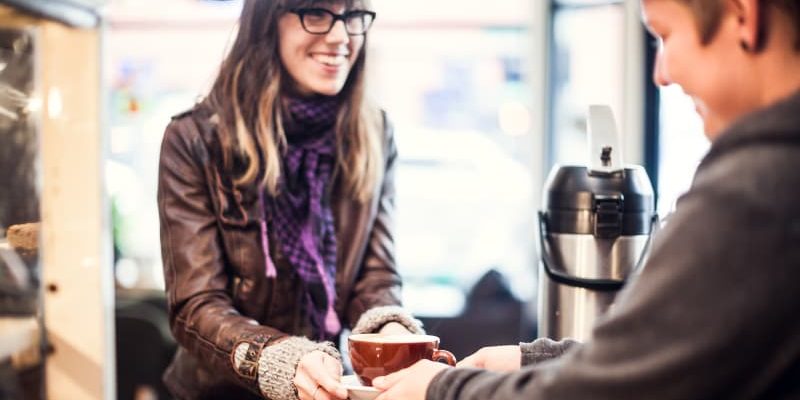 Last summer, my teenage son and I were having lunch in an outdoor cafe when a middle-aged, homeless woman approached our table; spontaneously, my 14-year-old pulled out his wallet and handed her a crisp $10 note, freshly earned from his first job. He was greeted with an enormous smile by the woman, who scampered off with a spring in her step, both sharing a mutual jolt of happiness. 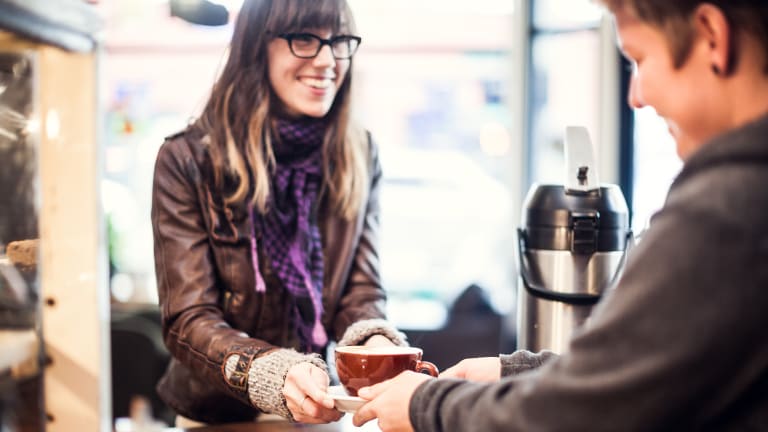 Micro social interactions, such as a chat to the person making your daily coffee, can give wellbeing a boost.

I was reminded of this recently while I was interviewing Sydney psychologist Dr Tim Sharp, who was telling me about the importance of small, daily, face-to-face interactions to our overall wellbeing and longevity. It boils down to empathy: taking an interest in other human beings, regardless of their station in life or their use to us. It's strongly associated with what experts call positive wellbeing, says Sharp, an adjunct professor at both the University of Technology Sydney and RMIT University.

Sharp moved into the area of positive psychology in the early 2000s, after years of studying depression and anxiety, and is the founder of the Happiness Institute in Sydney. "A lot of the conversation about mental health focuses on our relationships with family and close friends, but engaging with strangers and acquaintances – the brief, micro interactions we all have on a daily basis – can have amazing benefits as well, with reduced rates of depression."

Studies have confirmed the importance of small social interactions, including a 2010 report from America's Brigham Young University that showed a lack of involvement with the community around us was on a par with smoking in shortening lifespan. American psychologist Dr Susan Pinker has described social isolation as "the public health risk of our time", with technology making it worse (no, FaceTime is not on a par with a face-to-face meeting).

"Some of the most candid conversations I've had in my life occurred when I was a taxi driver," recalls Sharp, who worked the graveyard shift as a student. "It's amazing what people will tell a stranger, perhaps comforted by the knowledge they won't see them again."