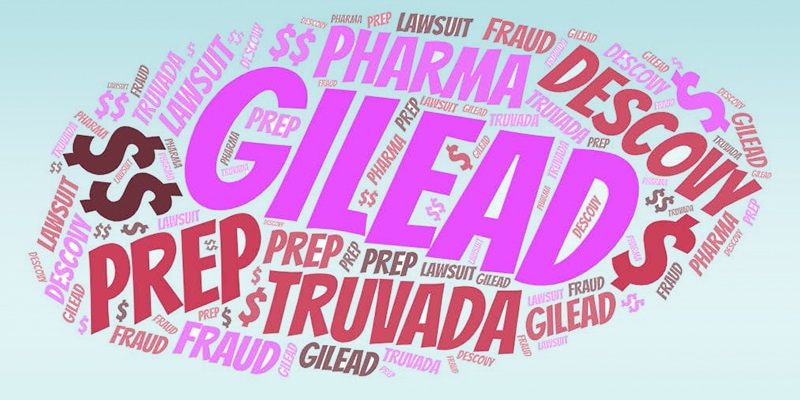 Such are the accusations Gilead lodged against 58 defendants in a lawsuit alleging they profited illegally from AIDS prevention drugs that it supplies free to people who can’t afford them.

“Together, the Kingpin Defendants defrauded Gilead’s Charitable program of more than $68 million in less than 2 years through a fraudulent mass enrollment scheme,” wrote Gilead attorneys in a slide presentation submitted to the US District Court for the Southern District of Florida.

Gilead settled with some of the key defendants in April for an undisclosed amount. But the attorney for one group insists that her clients have been falsely accused and settled only because the court did not allow them to present their case before freezing their assets.

PrEP drugs reduce the risk of infection from HIV, and the US Preventive Services Task Force has recommended them for anyone at high risk for HIV, such as men who have sex with men and people who inject drugs. They must be taken daily, and a month’s supply purchased out-of-pocket can cost as much as $2,000.

While Medicare, Medicaid, and most private health plans cover the cost, some people have no medical coverage. By enrolling in Gilead’s MAP program, they can obtain the drugs for free from pharmacies, which are then reimbursed by Gilead.

In the scheme alleged by Gilead, the defendants sent vans to neighborhoods in Miami where they could find indigent people, many of them homeless, and offer them cash or cash cards for modest amounts if they signed up for MAP.

The defendants allegedly provided false paperwork saying that these patients had met the requirements for the program — such as a negative test for HIV — ordered PrEP drugs for them, and then requested and received reimbursement from Gilead.

According to Gilead, the defendants profited because they worked with clinics enrolled in the US government’s 340B drug pricing program, which requires drugmakers to provide drugs at a discount off the wholesale price.

Under its MAP program, Gilead reimbursed providers at its wholesale price of $1,800 for a 1-month supply of PrEP. “Thus, each time a Defendant or its contract pharmacy dispenses TRUVADA or DESCOVY to a MAP enrollee, the Defendant’s profit is more than $1,000 per bottle,” Donna Quan, Gilead’s senior director of data forensics said in a court declaration.

Gilead has since instituted changes that “ensure that we reimburse a pharmacy dispensing free product in the amount it paid for each bottle, plus a fair market value dispensing and administrative fee,” a company spokesperson said in an email to Medscape Medical News.

But sometimes the defendants’ practices were more blatantly illegal, Quan alleged; they repurchased unused PrEP drugs from patients for $10, then resold them on the black market.

An attorney for two of the alleged kingpins in this scheme, Kirill and Mikhail Vesselov, declined to comment.

But Robyn Lynn Sztyndor, who represents Michael Bogdan, Twiggi Batista, and a pharmacy and laboratory associated with them, denied Gilead’s accusations.

“I personally sat through over a dozen full-day depositions of Gilead representatives, and various individuals in the lawsuit,” she told Medscape Medical News. “And there was zero evidence of any wrongdoing against my clients.”

Gilead is trying to avoid giving its drugs away to people who can’t afford the retail price, Sztyndor said. She speculated that Gilead looks for clinics and pharmacies with a high volume of MAP business and tries to shut them out of the program with aggressive litigation.

“They are wildly talented at making up a lot of allegations that just have no factual support,” she said.

Instead of proving its case in court, Sztyndor said, Gilead filed an ex parte motion to freeze the defendants’ assets. An ex parte hearing excludes one party in a legal proceeding. Gilead’s attorneys argued that was necessary in this case because the defendants might have hidden their assets before the lawsuit could be settled.

Sztyndor said the motion, which was granted, essentially deprived her clients of the right to defend themselves.

Outside the ex parte hearings, both sides submitted evidence. Gilead produced text messages from recruiters gloating about the patients they were enrolling and testimony from physicians and patients saying their names had been forged. Sztyndor produced contradictory testimony.

Whistleblowers came forward, but, according to Sztyndor, they later recanted their accusations or disappeared.

And in a deposition, Quan admitted she didn’t have specific evidence to inculpate Sztyndor’s clients.

As hearings dragged out for 18 months, Sztyndor’s clients, deprived of access to their funds, began to run out of money and were forced to settle, Sztyndor said. Far from profiting from his involvement with HIV prevention, she said, Bogdan lost more than $1.4 million. “He funded this program and lost money, because he outlaid money to help this HIV program because he believed in this program for the community,” she said.

Whether Gilead’s specific allegations are true, the system for providing PrEP drugs to people without insurance is vulnerable to fraud, said Barbara Kubilus, assistant director of the Behavioral Science Research Corporation, which provides staff to the Miami-Dade HIV/AIDS Partnership.

If a pharmacy can figure out how to get reimbursed for PrEP without actually dispensing it, “they could make a bundle.”

Likewise, some patients sell their medications, she told Medscape Medical News. “That’s very common.” There is a particular market for the drugs in Cuba and the Dominican Republic where PrEP drugs are hard to obtain, she said.

But there can be severe consequences for patients if they stop taking the medication. “PrEP is one of, if not the single most important HIV prevention tool in our toolbox,” she said. “I would reconsider our system.”

Laird Harrison writes about science, health, and culture. His work has appeared in national magazines, in newspapers, on public radio, and on websites. He is at work on a novel about alternate realities in physics. Harrison teaches writing at the Writers Grotto. Visit him at www.lairdharrison.com or follow him on Twitter: @LairdH.

Dry January is over. Now what? Binge drinking isn’t the answer, but is there a compromise?