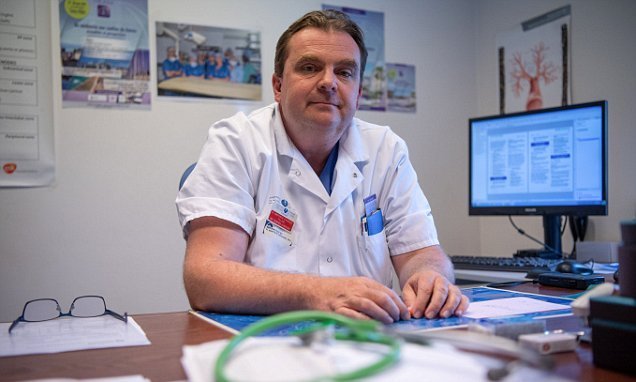 Professor Emmanuel Martinod, who works at Avicenne Hospital near Paris, uses aortas from deceased donors to replace damaged sections of patients’ tracheas, allowing them to live and breathe normally.

Writing in the Journal of the American Medical Association (JAMA), experts have hailed the ‘major advance’ as an ‘elegant solution’ to tricky windpipe surgery.

Once in place, donated aortas, which are the largest arteries in the body, take on the role of windpipes, even developing special cells that keep airways moist and protected.

Out of the 13 patients who have undergone the procedure, 10 are still alive nearly four years later, while eight are breathing normally.

One has even taken up long-distance running and is able to exercise for up to 50 minutes.

Cancer of the windpipe is rare and makes up around one in 1,000 cases of the disease in the UK. 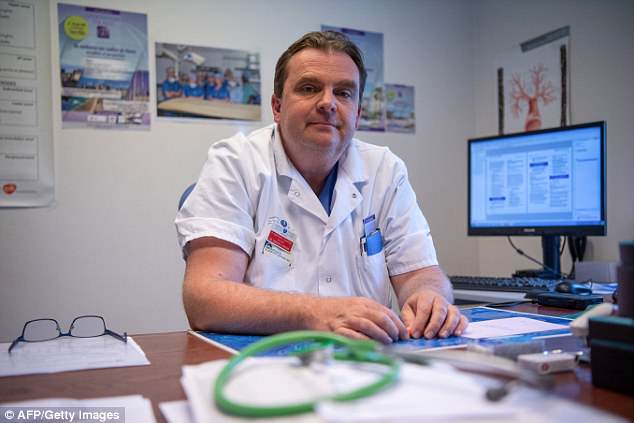 WHAT IS TRACHEA CANCER?

Trachea, or windpipe, cancer makes up just 0.1 per cent of cases of the disease a year in the UK.

It causes 0.8 per cent of cancer cases annually in the US.

Treatment depends on the size and position of the cancer, as well as the patient’s general health.

Surgery may be possible if tumours are small. This involves removing the affected part of the trachea.

Chemotherapy may help to relieve symptoms.

Radiotherapy can reduce the risk of cancer returning after surgery or may be used if operations are not possible.

‘Major advance in the management of diseases affecting the airways’

Professor Martinod decided to use aortas due to their thick walls being able to withstand pressure when blood is pumped away from the heart, according to Japan Times.

The donated arteries are frozen before being implanted into patients.

As well as preserving the arteries, freezing also reduces the risk of transplants being rejected and patients being required to take life-long immune-system suppressing drugs.

Valerie Rusch, a surgeon at Memorial Sloan Kettering Cancer Center, New York, wrote in JAMA: ‘This represents a major advance in the management of diseases affecting the central airways.

‘This approach provides an elegant solution to challenges that have long bedeviled the field of tracheal surgery.’

Professor Martinod’s technique builds on that of disgraced Italian surgeon Paolo Macchiarini, who performed synthetic trachea transplants on eight patients between 2011 and 2014.

Seven of the patients died, while the eight’s whereabouts is unknown.

It was later revealed Macchiarini altered results in published studies.

Of Professor Martinod’s 13 patients who have undergone the procedure, 12 survived for at least 90 days.

One of which was Eric Volery, 40, who suffered from narrowing of the windpipe and had to have a hole cut into his trachea to allow him to breathe.

Essentially choking to death, Mr Volery struggled to speak until Professor Martinod replaced his trachea with a donated aorta.

Just a few years on, Mr Volery has made a full recovery and runs for up to 40-to-50 minutes at a time. 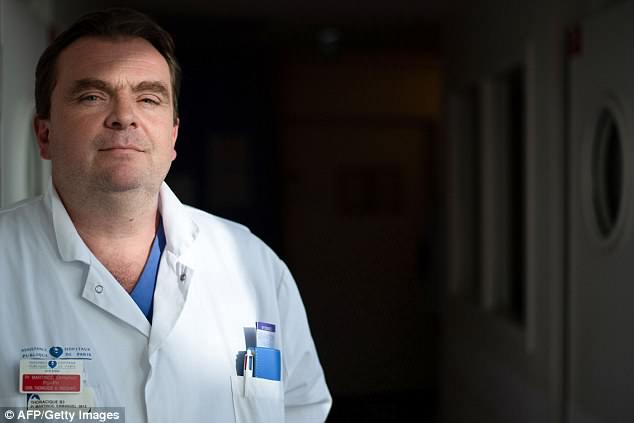 He uses aortas from deceased donors to replace damaged sections of patients’ tracheas, allowing them to live and breathe normally. Experts hailed the surgery as a ‘major advance’

This comes after health officials said last March that there has been a ‘worrying’ decline in living kidney donation.

Living donation occurs when someone donates one of their organs, usually a kidney, to someone in need.

While this sort of organ donation is usually to a friend or family, it can also include donating a kidney to a stranger, which is known as an altruistic donation.

Altruistic kidney donation numbers have reduced from a high of 107 in 2013 to 87 in 2017. NHSBT released the figures to mark World Kidney Day.

It said the decline is concerning due to living donation accounting for a third of all kidney transplants.

NHSBT is appealing to people to consider donation while they are still alive.