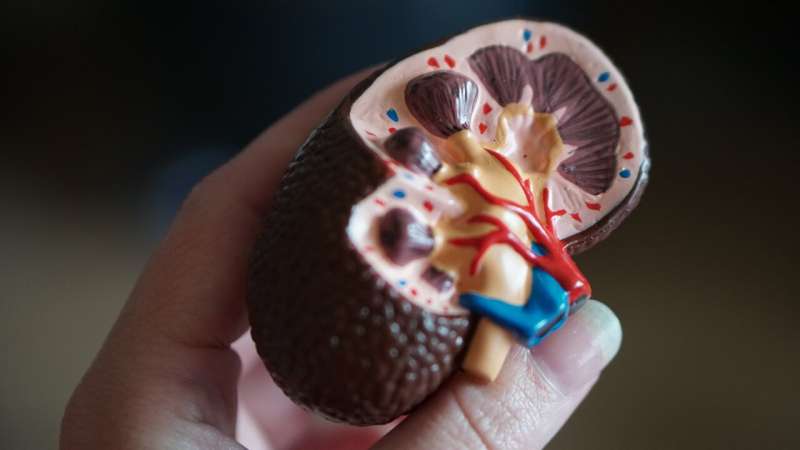 A new study led by Penn LDI associate fellow Kevin Ahmaad Jenkins queried patients at a Veterans Administration (VA) renal clinic and found them angry, resentful, and stressed by their experiences with racism. The findings are published in JAMA Network Open.

At a time when most health equity studies are based on data from electronic health records, which often lack personal stories, this project, instead, interviewed the Black patients themselves at Philadelphia’s Corporal Michael Crescenz Veteran Affairs Renal Clinic, asking how they thought racism was impacting their health in general, as well as their treatment for chronic kidney disease in the clinic.

The study tells a story about Black veterans who have endured a lifetime of trauma from structural racism that generates stress that can exacerbate chronic kidney disease (CKD). Then, when they seek treatment for the condition in a VA renal clinic, they regularly encounter additional institutional racism traumas that may make their CKD even worse.

The research was grounded in the well-established fact that traumatic experiences cause stress throughout the human body, and that excessive stress, experienced over a substantial period, can directly cause subsequent long-term physical and mental harm.

With an average age of 66 and eight years of military service, the 36 Black clinic patients described how racism:

Here are some sample excerpts of veterans’ quotes from the interviews:

‘A lot of nuances’

On this last quote, Jenkins noted: “People often think of racism like it is literally a tool of whites that makes a target of Blacks. But that’s not true. This veteran told us it wasn’t just white staff presenting ‘isms’ and stigma, it was staff that looked just like him as well. There are a lot of nuances at work here and we need to bring them all out.”

Jenkins was principal investigator on the pilot project funded by Center for Health Equity Research and Promotion (CHERP) at the Crescenz VA Medical Center. Both the University of Pennsylvania and the University of Pittsburgh are academic affiliates of CHERP. Jenkins is a Lecturer and Visiting Scholar at Penn, and a Core Investigator at CHERP.

Jenkins emphasized that the study findings are not a surprise to the VA clinic staffers.

“This was not a ‘gotcha project,'” Jenkins said. “The staff—from chief of nephrology to physicians and nurses—worked with us from day one on this and even helped develop some of the questions we used. Then, as it progressed, we had individual physicians asking us how should they be talking to patients? There was a lot of interest in understanding how to address the thing we were studying.”

As a Ph.D. student at the University of Florida in 2012, one of Jenkins’ first published papers was “The Relationship Between Perceived Discrimination and Patient Experiences with Health Care.” His 2015 graduating Ph.D. thesis was “I Think Therefore You Are: Detecting the Social Construction of Race in Medicine.” Ever since, his research has been focused on how stress lethally interacts with vascular-based diseases, including heart disease, chronic kidney disease, and diabetes in high-risk subgroups within the Black community.

But publication in this area of scientific exploration hasn’t always proven easy for him.

“In the past, some of the reviewers of my submitted papers actually told me to ‘stop saying racism,'” Jenkins explained. “I was told to take the word ‘racism’ out or I would never get published. But I kept thinking: “How can that possibly work?” I mean how can you begin to change something you’re not allowed to mention? So, this pilot study at the VA really represents the first salvo of true thought about the word ‘racism.'”

Evidence for racism as trauma