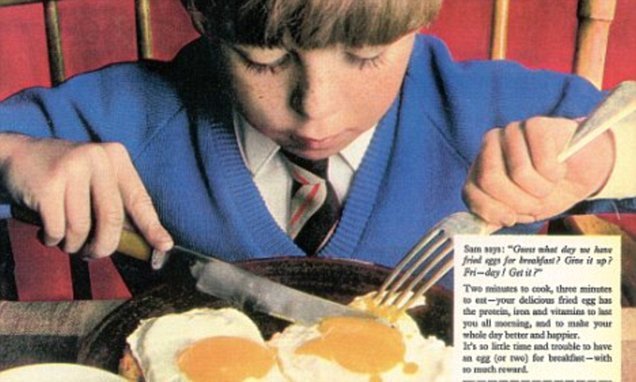 REVEALED: Eating an egg a day reduces the risk of a stroke and hearts disease

It was a famous ad slogan in the 1950s – although it was later banned for failing to promote a balanced diet.

But research suggests we really should ‘go to work on an egg’ to slash the chances of stroke and heart disease.

Eating one a day reduced the risk of a stroke by more than a quarter compared to those who rarely consumed them, scientists found. Those who ate an average of five a week were also 12 per cent less likely to suffer from heart disease.

They looked at the dietary habits of more than 400,000 healthy people in China, aged 30 to 79. At the start of the study, 13.1 per cent of participants reported eating an egg every day while 9.1 per cent said they rarely or never did. 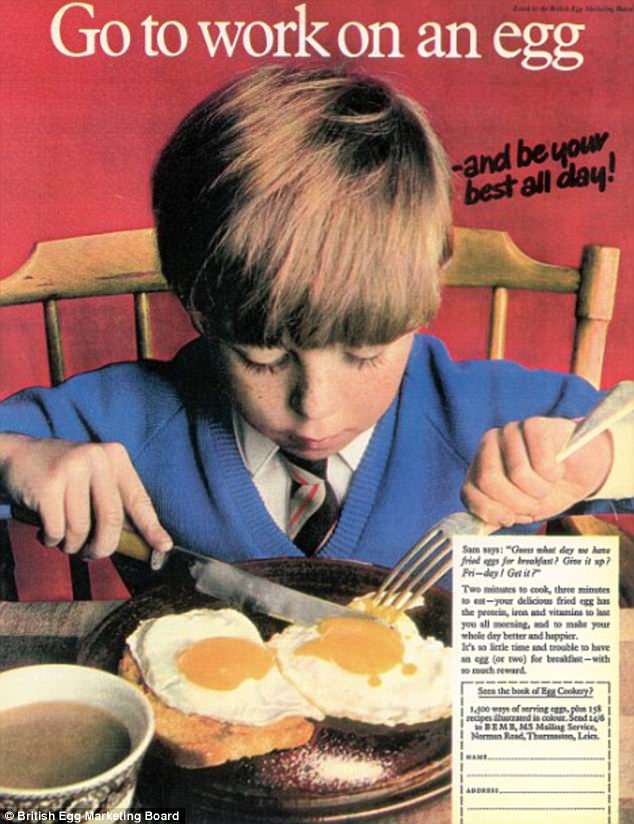 Eating one egg a day reduced the risk of a stroke by more than a quarter compared to those who rarely consumed them, scientists found

When they were followed up around nine years later, researchers found there had been 83,977 cases of cardiovascular disease and 9,985 deaths, as well as 5,103 major coronary events such as heart attacks.

Those who ate an egg a day were associated with a lower risk of cardiovascular disease overall.

While the study was purely observational, it suggests that eggs are a beneficial part of a balanced diet. Professor Liming Li, from Peking University, said: ‘The study finds that there is an association between moderate level of egg consumption and a lower cardiac event rate.

‘Our findings contribute scientific evidence to the dietary guidelines with regard to egg consumption for the healthy Chinese adult.’

Eggs are high in protein, vitamins, minerals and essential fatty acids, as well as low in saturated fat. 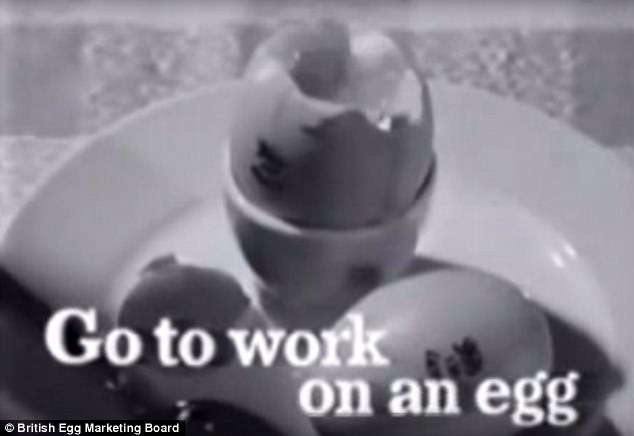 Those who ate an average of five a week were also 12 per cent less likely to suffer from heart disease. The research is reminiscent of the ‘go to work on an egg’ 1950s ad campaign

While their high cholesterol content has previously given eggs a bad name, a growing body of evidence suggests saturated fat is the main culprit for raising cholesterol.

The slogan ‘Go to work on an egg’ was first used in a 1950s advertising campaign by the Egg Marketing Board. A decade later, a series of TV adverts starring the comedian Tony Hancock and actress Patricia Hayes made it a household phrase.

When the egg industry wanted to rerun the adverts a decade ago, watchdogs refused on the grounds it did not promote good health.

But research has shown that, contrary to popular opinion, eggs are actually a good breakfast choice.

Tim Chico, professor of cardiovascular medicine at the University of Sheffield, said people should be comforted by the findings, published in the journal Heart.

‘People who eat eggs can be reassured that they do not seem to pose a risk to their heart,’ he said.

‘But although it is important to reduce our risk of heart disease through diet and lifestyle, it is unrealistic to think eating more eggs is going to make much difference.’

Walking or cycling to work could cut the risk of a fatal stroke or heart attack by nearly a third, according to scientists.

Making daily commutes more active would be a good way of making exercise part of busy modern lifestyles to significantly cut the threat of cardiovascular diseases, they said.

Researchers analysed data from more than 350,000 adults gathered to track their health over four years to assess how alternatives to the car – public transport, walking and cycling – affected illness and mortality.

Subjects were asked details about their travel to work and when not commuting.

Two-thirds of adults in the UK drive to work all the time, found the study in the British Medical Journal. More active travel methods such as cycling were more common for non-commuting travel. Only 8.5 per cent went to work by bicycle.

Workers who regularly took part in active travel, both to commute and in general, slashed the risk of a fatal stroke or heart attack by 43 per cent.

The study was carried out by Cambridge University, the London School of Hygiene and Tropical Medicine, and Imperial College London.