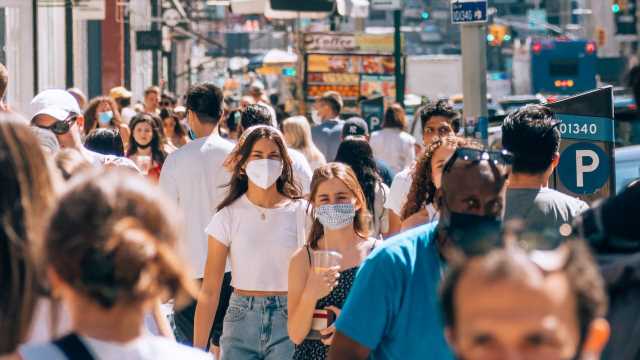 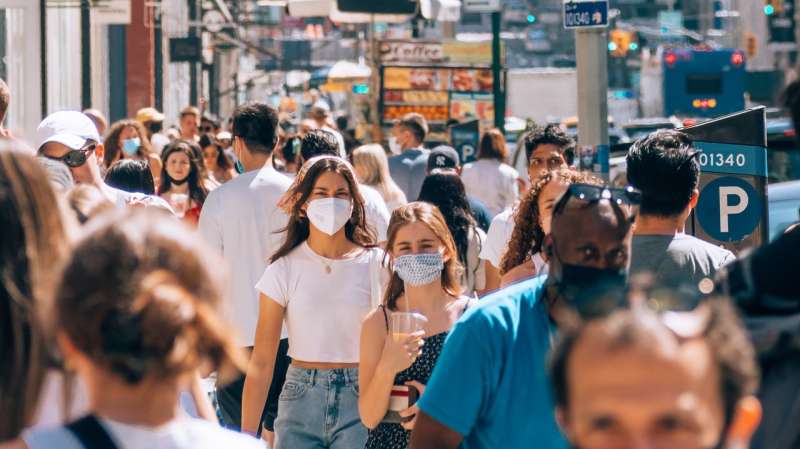 Much research has been done on the effectiveness of masks to mitigate the spread of infectious diseases. However, standard infection models tend to focus only on disease states, overlooking the dynamics of a complex paradox: While masking reduces transmission rates and consequently disease prevalence, the reduction of disease inhibits mask-wearing—thereby promoting epidemic revival.

To investigate this bidirectional relationship, a team of researchers led by the University of Virginia, developed a multi-contagion framework and intertwined a threshold model for mask-wearing behavior, or “social contagions,” with an epidemic model. The threshold model accounts for various behavioral mechanisms that influence mask-wearing, such as peer pressure, fear of infection, elite influence, and prosociality.

In their paper published in the Proceedings of the National Academy of Sciences, the researchers posit that the final epidemic size (or attack rate) of a disease exhibits a critical transition when populations assume the disease spreading is more infectious, triggering a sustained massive response of mask adoption which sharply decreases the final epidemic size.

The conundrum is that when disease rates are low, mask-wearing becomes an afterthought, and a less infectious disease could cause a higher attack rate than its more infectious counterparts.

Results highlight that without proper enforcement of masking, reduction in the disease transmission probability via other interventions—such as mass vaccination—may not be sufficient to reduce the final epidemic size. This was the case in a resurgence of COVID-19 cases in the United States after vaccinations when the number of new daily cases jumped by approximately an order of magnitude from early June 2021 to early September 2021.

“Interdisciplinary models are absolutely critical for helping refine our assumptions,” says SFI Fellow Stefani Crabtree (Utah State University), who contributed to the research. “The findings have helped me to not bow to peer pressure. I’m still masking at grocery stores and in crowded areas because, even though I am vaccinated, I know it will help.”

In their study, the researchers described mask-wearing as a “complex contagion” whose adoption requires multiple interactions and sources of reinforcement to produce the “contagion” and help model behavioral adoption (switching from masked to unmasked and vice versa). This is opposite to disease transmission for which a single contagion would be enough to transmit the disease.

While mandatory masking may be viewed as cumbersome and expensive, mathematical models incorporating individual adaptive human behavior during epidemics have shown the essential role of continuous reinforcement of masking in minimizing epidemics.