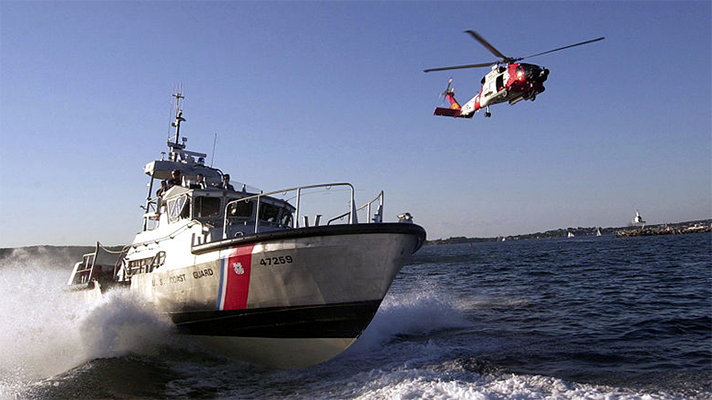 The U.S. Coast Guard announced on Monday that it would join the Department of Defense on its EHR project to transition the patient records of its service members and clinics to the DoD’s MHS Genesis platform.

The Coast Guard’s needs will be incorporated into the DoD’s $4.3 billion contract with Leidos, rather than signing a direct contract with Cerner — unlike the Department of Veterans Affairs plans to contract directly with the vendor.

DoD officials are uncertain whether the contract ceiling will need to be raised to accommodate the Coast Guard’s requirements. The Coast Guard is about 6 percent the size of DoD, according to Rear Adm. Michael Johnston, the Coast Guard’s director of acquisition programs.

Johnston said the Coast Guard will integrate its rollout into the DoD’s deployment schedule and will lean on those lessons learned to ensure success. And while there’s currently no timeline, officials estimate deployment will happen in a fraction of the time than the DoD.

“They already have those separate teams that are working on where are those soft spots as far as network and security,” Johnston said during Monday’s press call. “We’re working with getting those same bodies and those same experts rolled into our CIO shop.”

“We’ll have them deploy to one or two sites like we did, do an evaluation and make sure that the software baseline and the technology, as well as the infrastructure, meets the needs of the users, and our intention would be to enfold them into the deployment strategy as appropriate,” said Stacey Cummings, the lead acquisition official for Genesis.

The partnership will move the Coast Guard from paper records, which the branch has been using for nearly three years since it ended its contract with Cerner. The Coast Guard spent more than $60 million over seven years on an Epic contract, which never took off. The contract was canceled in 2015.

While the agency plans to rollout out its EHR following the same schedule as the DoD, questions remain over cost, initial sites and how the Coast Guard will transition all of its paper records to the new system.

But the Coast Guard is confident in its choice, having performed a thorough analysis of requirements and alternative platforms. The branch put out an RFI last year to assess its options, and its acquisition officials determined that adopting MHS Genesis was the best choice.

“Our assessment is that our requirements are nearly 100 percent the same as DoD’s,” Johnston said. “We’ll pay for the services that we get, and we’ll partner with DoD to clarify how that best works in their strategy.”

Cummings said that they’ll consider the needs of the Coast Guard and assess the platform as they’ve done throughout the pilot process.

“As we’re going through the process, if we find that there are areas where the Coast Guard has a better way of doing things or if there is uniqueness that needs to be addressed in Coast Guard facilities, we’ll consider them just as we would any of our customers,” Cummings added. “We have the processes in place to look at those from a governance perspective so that everyone benefits from that standard workflow that we can then push across our entire enterprise. That’s important because we all have users that move frequently from site-to-site more frequently than you might see in a commercial environment.”

But a DoD notice published on Monday appears to note that the Coast Guard partnership will add complexity to its Leidos contract.

“Some of the extended capabilities necessary to maintain a single standard solution baseline with the VA and USCG are provided as clinical application services not covered by the existing DHMSM license agreement,” according to the notice. “These CAS capabilities cannot be fully realized unless they are implemented in the Cerner environment.”

Currently, the DoD is in a planned assessment stage, addressing user concerns and ironing out workflows.

Cummings noted that the biggest issues stem from lag-time due to the necessary security needed for the platform. Once users are in, the system runs smoothly, but logins are delayed. Officials are addressing those issues, ensuring that security remains intact.