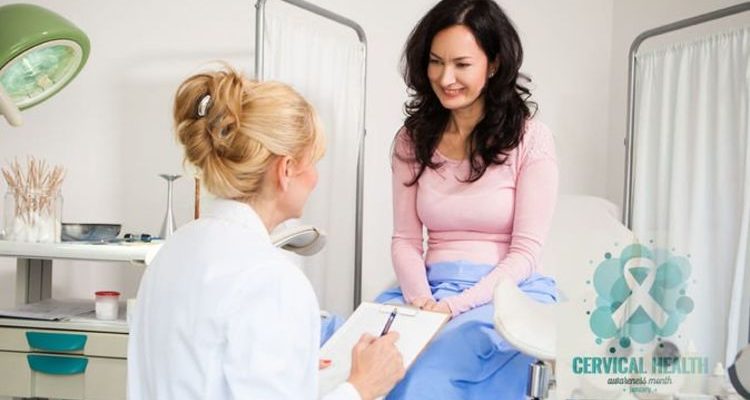 Women aged between 25 and 64, who are registered to a GP, are routinely invited by the NHS to have a cervical screening (smear test). However, it’s vital that any abnormal vaginal bleeding is reported to a healthcare professional – even if you religiously attend screenings.

The NHS classifies abnormal vaginal bleeding that takes place during or after sex, between your periods and after you’ve been through the menopause.

Other symptoms of cervical cancer may include pain and discomfort during sex, unusual or unpleasant vaginal discharge, and pain in your lower back or pelvis.

Even though there could be a wide range of causes for abnormal bleeding, it’s highly recommended to visit your GP for advice if you experience any of these symptoms outlined above.

The majority of cervical cancers are caused by two strains of HPV (Human papillomavirus): HPV 16 and HPV 18.

There are at least 15 types of HPV considered high-risk for cervical cancer, and these viruses are thought to stop the cells from working normally, eventually leading them to reproduce uncontrollably and resulting in a growth of a cancerous tumour.

It’s important to note that the NHS says that most women will get some type of HPV infection at some point in their lives. There are more than 100 different strains.

The common viral infection is spread during sexual activity, and this includes intercourse, skin-to-skin contact of the genital areas or using sex toys. 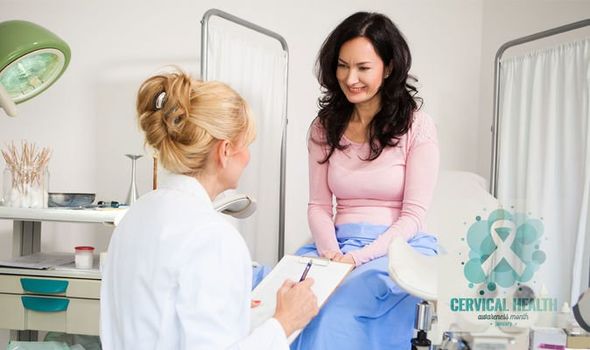 An infection of HPV doesn’t cause any symptoms – another reason why routine smear tests can be a life-saving tool.

For those with cancerous strains of HPV, the cells in the cervix often show changes that can be picked up by cervical screening.

The NHS states that if changes are discovered during cervical screening, treatment is highly successful.

Additional risk factors that affect a woman’s chance of developing cervical cancer include:

A colposcopy is when a nurse – called a colposcopist – uses a speculum (the same device used for a smear) to open up the vagina, and places a small microscope with a light at the end (a colposcope) outside of the body to view examine the cervix.

The colposcopist may also remove a small tissue sample (biopsy) to check for cancerous cells. 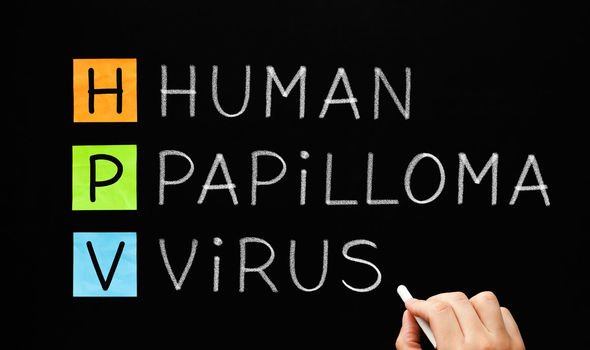 If cancerous cells are found, and the cancer has spread out of the cervix to surrounding tissues and organs, it can trigger a range of other symptoms, including:

Recommendations to treat early stages of cervical cancer include removing the cervix and some (or all) of the womb, radiotherapy, or a combination of both.

Prevention is always better than cure and so the sooner any cervical changes are on the doctor’s radar, the greater the chances of eradicating any cancerous cells. 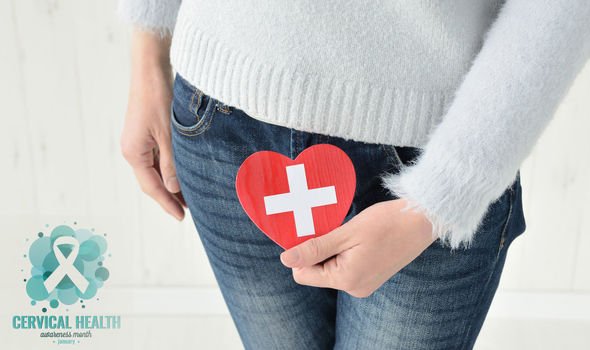 To be invited for cervical screenings, make sure your GP surgery has your most up-to-date contact details, including home address and telephone number.

The NHS has a final important statement regarding smear tests. “Although it can identify most abnormal cell changes in the cervix, cervical screening is not 100 percent accurate,” it says.

“This means you should report any symptoms, such as unusual vaginal bleeding, to your GP, even if you’ve recently had screening.”