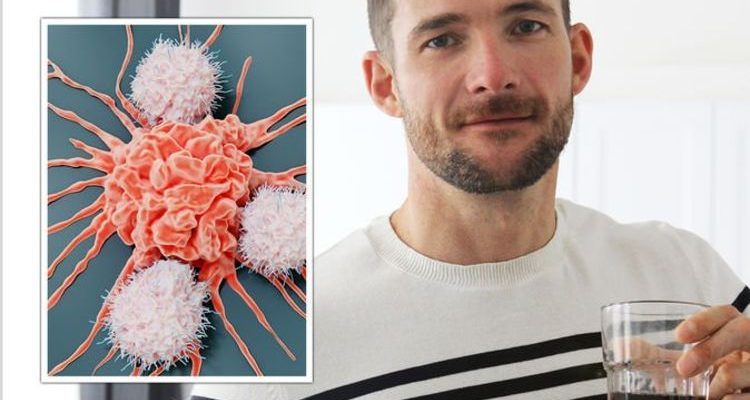 The National Cancer Institute warned that the more a person drinks the carcinogenic liquid, the more at risk you are at developing cancer. So what is this tumour-inducing drink? Ethanol, otherwise known as alcohol, is the substance that has been linked to cancer. “Clear patterns” have emerged between alcohol consumption and head and neck cancer, oesophageal cancer, liver cancer, breast cancer, and bowel cancer.

Heavy drinkers, on the other hand, have a five-fold heightened risk of head and neck cancers.

These risks are “substantially higher” among those who drink alcohol and also use tobacco.

What is classified as moderate drinking?

According to the organisation, moderate drinking is classified as two drinks for men and one drink daily for women.

One theory is that when the body breaks down ethanol (alcohol) into acetaldehyde, it is toxic to the body.

Another notion is that ethanol generates “reactive oxygen species”, which are chemically reactive molecules that contain oxygen.

These are said to damage DNA, proteins, and fats in the body via oxidation.

Ethanol is also thought to impair the body’s ability to break down and absorb vital nutrients, such as folate, vitamin A, C and E, and carotenoids.

The National Cancer Institute added: “Alcoholic beverages may also contain a variety of carcinogenic contaminants that are introduced during fermentation and production.”

The health organisation noted that genetics do play a part in whether or not a person develops cancer.

“A person’s risk of alcohol-related cancers is influenced by their genes, specifically the genes that encode enzymes involved in metabolising (breaking down) alcohol,” the organisation elaborated.

What happens if I stop drinking?

Research has primarily focused on whether head and neck cancer risks decline after a person stops drinking.

While teetotalism “is not associated with immediate reductions in cancer risk”, there are long-term health benefits.

“Although it may take years for the risks of cancer to return to those [who never did drink].”