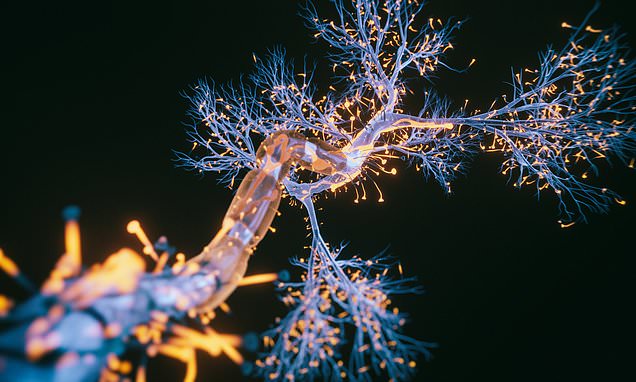 Anti-anxiety drugs can interfere with a person’s neurons and increase their risk of cognitive decline later in life, study finds

Using anti-anxiety drugs may put someone at significant risk of developing cognitive decline later in life and scientists may have finally discovered why.

Researchers from the Australian Nuclear Science and Technology Organisation (ANTSO) found that the drugs may impact the brain’s microglial cells, which in turn interfere with the dendritic spines – a key part of the brain’s neurons.

In essence, the drugs slowly cause impact to the part of the brain that electrifies and activates cells.

Millions of Americans use these drugs, and the link between them and an increased risk of cognitive decline later in life has long been known. Researchers are hopeful that their finding will open the door to a new class of drugs that have a lesser long-term impact on brain health. 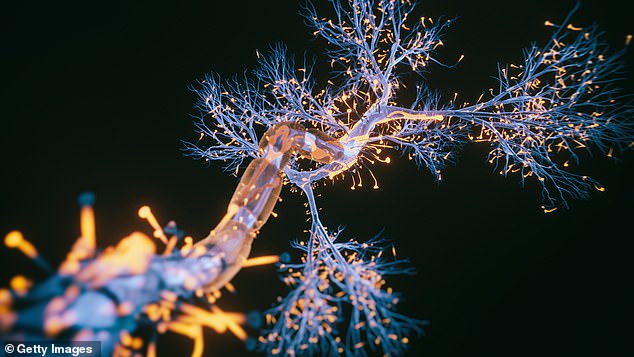 Researchers discovered why anxiety medication can lead to brain issues later in a person’s life, and hope they have opened the door for a new class of medication that does not put users at risk of suffering from cognitive decline (file photo)

‘This observation is important because long-term use of anti-anxiety medication is thought to contribute to an acceleration of dementia and how that might occur was not known,’ Richard Banati, a professor at ANTSO said, per Neuroscience News.

Alzheimer’s disease is a progressive, degenerative disease of the brain, in which build-up of abnormal proteins causes nerve cells to die.

This disrupts the transmitters that carry messages, and causes the brain to shrink.

More than 5 million people suffer from the disease in the US, where it is the 6th leading cause of death, and more than 1 million Britons have it.

As brain cells die, the functions they provide are lost.

That includes memory, orientation and the ability to think and reason.

The progress of the disease is slow and gradual.

On average, patients live five to seven years after diagnosis, but some may live for ten to 15 years.

He explains that the brain has billions of neurons, which are electrical impulses that transmit information and send chemical signals between parts of the brain.

The neurons connect to one-another through a link called a synapse.

A majority of research on the impact of anxiety meds on cognitive decline has focused on the neurons and synapse between them.

Where the ANTSO team instead decided to look was the microglial cells.

‘These are small and highly mobile cells that are part of the non-neuronal matrix in which nerve cells are embedded,’ Banati explained.

‘This matrix makes up a substantial part of the brain and is actually directly influencing the functioning of neural networks.’

The team tested diazepam, a common anxiety medication, to see how it would react to a neurological system in mice.

They found that it did not go directly to the synapses – but instead to the microglia – which is not what many experts would have expected.

‘The drug changed the normal activity of microglial cells and indirectly the maintenance function that microglia have around synaptic nerve cell connections,’ Banati explained.

‘It is intriguing to see how the brain’s local immune system, of which microglial cells are part, directly participates in the overall functional integrity of the brain.’

This means that the reason why some who take the medication suffer from severe fatigue – and even dementia and other cognitive issues later in life – could be because of the microglial cells.

Experts describe it as frying the wires in a machine. If the wires become damaged, they may work slower – if not at all.

Eventually if enough wires are damaged, the entire machine – which would be the brain in this case – may lose some operations all together.

The research is still in its early stages, but the groundbreaking findings open the door to a new class of anxiety medications that can hinder the impacts of the mental condition without causing long-term damage to the brain.

It comes at a welcome time as well, because the number of Americans using these medications surged during the pandemic – particularly young people.

Prescriptions for the drugs jumped 21 percent when the COVID-19 pandemic began, with the largest leap among those aged 13 to 19.