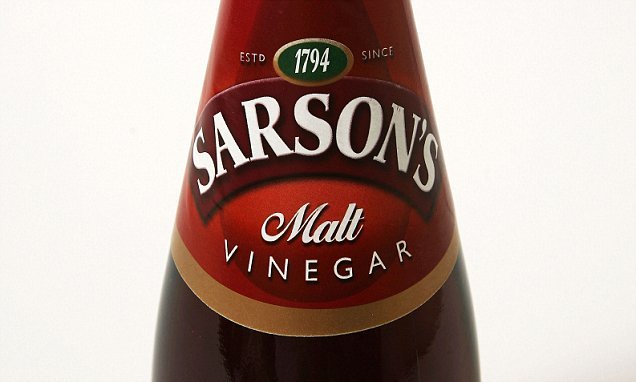 A bandage soaked in vinegar could help stop wound infections and speed up the healing of burns, researchers discover 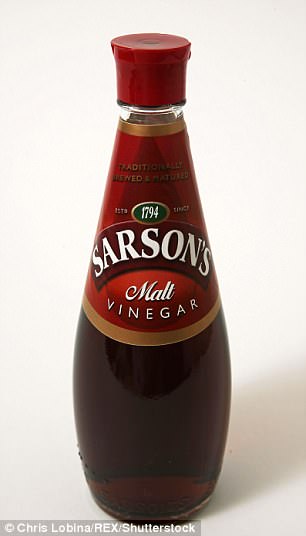 A splash of vinegar could help stop wound infections and speed up their healing.

UK researchers have discovered that acetic acid, the main component of vinegar, can kill more than two dozen different forms of bacteria linked to infections, and it is now being used in an NHS trial in patients with burns.

Low concentrations of acetic acid may be a useful alternative for health workers to use instead of rub-on antibiotics, say the researchers.

Like many wounds, burns are vulnerable to becoming infected because of the loss of the normal skin barrier. Bacteria on the patient’s own skin can be transferred to wounds easily, where they quickly grow and reproduce into large colonies. This bacterial build-up can cause delayed healing, scarring and infections.

If untreated this can lead to serious infections and even sepsis, a life-threatening reaction that arises from the body’s response to an infection. Sepsis is a leading cause of death among patients with burns.

How long does it take?

For hair to first reappear after chemotherapy: Two months

Chemotherapy kills cancer by attacking fast dividing cells — cancer cells divide quickly, but so do some healthy cells, and hair is the second-fastest dividing cell in the body (after bone marrow) — so it also becomes affected,’ says trichologist Iain Sallis, founder of Hairmedic Clinics.

‘Hair bulbs start to make hair immediately and you should see this on the scalp within about two months,’ he adds.

Using a cold cap before, during and immediately after chemotherapy may prevent some hair loss.

These contain extremely cold liquid which cools the scalp temperature to below 22c, reducing blood flow to the area by 20-40 per cent, so limiting the amount of drugs reaching the follicle.

The Varidesk Pro Plus 36 desk has a spring-assisted lifting mechanism which turns any desk into a standing desk. It has 11 height settings. Research suggests standing engages muscles in your back, which improves posture. It also burns calories and cuts the risk of heart disease and cancer. £365, uk.varidesk.com

This week: The sleep gene

In 1984 U.S. researchers found a gene in fruit flies that governs their body clocks (circadian clocks). They christened it ‘period’ and were awarded a Nobel prize for this work.

Studies have since shown that human bodies share a form of the ‘period’ gene. Scientists say our genes may determine if we are a ‘lark’ or an ‘owl’ — whether we are at our best in the morning or evening. Last year, a gene mutation was identified that may explain why some people are ‘extreme owls’ who can’t drop off until the small hours.

Geneticists at Rockefeller University in the United States found a specific mutation in a gene called CRY1 (which is associated with running sleep cycles) inhibits the production of sleep-inducing hormone melatonin until late at night.

Infections of burn wounds are difficult to treat with traditional oral and rub-on antibiotics as they do not reach the skin’s surface effectively, and resistance to these drugs is growing.

Bacteria which get in chronic wounds and burns can also enclose themselves in a slime or biofilm, where they clump together on a surface and become more resistant to treatment.

Vinegar, which consists mainly of acetic acid and water, has been used for thousands of years as a traditional remedy to clean wounds and stop the spread of infections, but it has not been subject to the rigorous assessment of clinical trials.

Now doctors at Queen Elizabeth Hospital Birmingham are using acetic acid on patients admitted to hospital with serious burns. The trial follows research by the University of Birmingham last year which showed that low concentrations of acetic acid could kill bacteria and stop them growing.

During the research common wound-infecting bacteria, including Staphylococcus aureus and E.coli, were exposed to low concentrations of acetic acid in a laboratory. The results showed that the acid was able to inhibit the growth of all 29 strains, and prevent them forming biofilms.

In the new trial, 20 patients will have their burns treated with a standard dressing soaked in one of two concentrations of the acid. The dressings will be changed twice a day for five days, and the levels of bacteria and rates of healing will be monitored.

Vinegars contain natural acids called polyphenols and brown-coloured chemicals called melanoidins, which are thought to kill harmful bacteria. However, people should not self-apply vinegar to wounds as it can damage the skin in certain concentrations: acetic acid treatment is only used under medical supervision in cases where infection can become a problem.

Dr Bav Shergill, a consultant dermatologist at Queen Victoria Hospital in East Grinstead, says of the findings: ‘This research looks really interesting and could support our efforts against bacterial infections.’

Meanwhile, tissue derived from donated placenta can reduce bacterial infections and speed up wound healing, according to research published in the Journal of Functional Biomaterials.

In a study by Rutgers University in the U.S., frozen amniotic membrane — the innermost layer of the placenta — was used as a dressing.

Eating lots of processed meat may raise the risk of chronic obstructive pulmonary disease (COPD), an umbrella term for lung diseases such as emphysema and bronchitis.

In a study of 34,000 women who were monitored for around ten years, those who ate the most processed red meat — such as sausages, salami and ham — had a 36 per cent higher risk compared with those who ate less. The effect was more pronounced in ex-smokers, the researchers from the Karolinska Institute in Sweden wrote in the European Journal of Nutrition.

One theory is that nitrites added to meat products as preservatives may increase inflammation in the airways and cause DNA damage.

Spider silk could help speed up the healing of fractured bones, say scientists at the University of Connecticut.

They have developed a new material which is a combination of spider silk protein and polylactic acid, a type of plastic that’s safe to use in the body. Laboratory tests found the material was resilient and strong enough to be used in healing bones and more studies are planned to see how well it integrates into the body and attaches to the body’s cells. Once the bone has fully healed, the silk biodegrades, reported the Journal of the Mechanical Behavior of Biomedical Materials.

Moisturise skin in the cold weather. Researchers found skin cells shrink in the cold and a protein called filaggrin, part of the skin’s protective layer, changes too — making it prone to redness and dryness. Moisturising prevents this.

Women who continue to run during pregnancy don’t put their baby at risk, according to researchers at King’s College London.

In a study involving more than 1,000 female runners, they found there was no difference in the rates of premature birth or low birthweight between women who continued to run and those who stopped during pregnancy, reports the journal BMJ Open Sport & Exercise Medicine.

Running is regarded as high-impact activity and is not usually recommended during pregnancy. It may be that regular runners are less likely to have other illnesses that contribute to these complications in childbirth, so these findings may not apply to all pregnant women.

Scientists are a step closer to developing a male contraceptive pill after a compound was found to slow down sperm enough to stop fertilisation, reports the journal PLoS One.

Developed by researchers at the University of North Carolina, EP055 binds to a protein on the surface of sperm and disrupts its ability to swim. In a recent study on monkeys, those given an injection of EP055 had a significant reduction in sperm motility — which meant they couldn’t go on to fertilise an egg — and the drug didn’t disrupt hormone levels, which has been a barrier to developing male contraceptives.

Researchers are now developing EP055 as a pill and planning more trials.

Spending time with friends as a child may cut the risk of health problems later on, say U.S. scientists. Data from 300 boys, collected over 16 years, suggest those who spent more time with friends were more healthy at age 32. The Psychological Science journal reported: ‘Early social lives may protect health in adulthood.’

Killing off gut bacteria may protect your heart

Eradicating gut bacteria may be a new way to treat heart failure, where the heart becomes damaged after a heart attack and stops pumping efficiently, according to a new study.

Researchers found that immune cells called T cells are activated during heart failure and they move into the heart tissue, causing inflammation and worsening the damage.

A study presented to the American Society for Investigative Pathology showed mice given antibiotics and antifungals to wipe out the microbiome (the community of microbes that live in the gut) had significantly less heart damage.