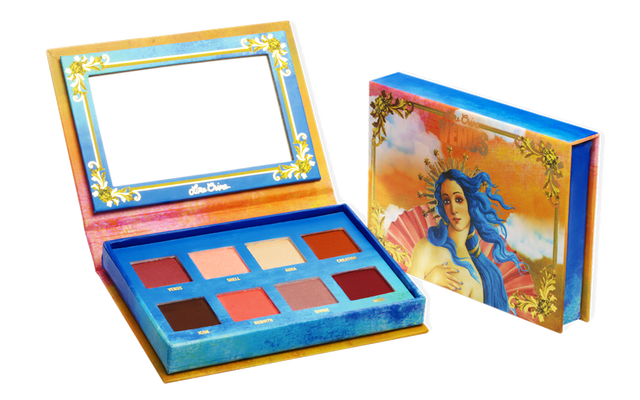 With a new private-equity investor and a new chief executive officer, Lime Crime has a big goal: To triple in size.Private-equity firm Tengram Capital Partners, which also backs skin-care line RéVive and lifestyle play This Works, has purchased a majority stake in the makeup business. As of Monday, the company also has a new ceo — Stacy Panagakis.Panagakis joins from Fresh, where she was general manager. At Lime Crime, a brand way ahead of the unicorn trend, Panagakis will focus on deepening the digitally-native’s brand’s retail roots and international expansion, starting with a launch at Selfridges in July.Lime Crime is doused with whimsy — its tag line is Vegan and Cruelty-Free Makeup for Unicorns — and its product lineup includes Unicorn Lipstick, $18; Unicorn Hair, $16, and Mermaids Hi-Lite, $38. The business primarily sells online through its website, but is also sold at Urban Outfitters, Ulta.com, Riley Rose and other retailers. Industry sources estimated that the business did $30 million in net sales for 2017. Terms of the deal were not disclosed.Tengram is focused on building out Lime Crime’s organizational structure, which includes the hiring of Panagakis and a broader leadership team, and has its sights on tripling the business, said Rich Gersten, partner at Tengram. “We’d be disappointed if we didn’t at least triple the size of the business over the next five years,” he said. “That would still leave tremendous room for growth for the next person.”For Panagakis, whose career spans both the skin-care and color-cosmetics worlds, Lime Crime stood out in the “very cluttered world of beauty,” she said. “The vision is really to continue to create this cult-like following and build the awareness.””The brand has one of the most authentic personalities of a brand that I’ve ever seen,” said Gersten. “The company and team have delivered us a jewel — a gift of a brand — that just hasn’t been optimized in the way that we and the new team believe it can be.”Lime Crime was founded in 2008 by Doe Deere, a controversial figure in part because a photo of her in a Nazi costume surfaced on the web — she addressed it earlier in 2018, calling it “not my finest moment” and saying she wore the outfit “in complete mockery.” Deere has transitioned to a job on Lime Crime’s board of directors, but will not be involved in day-to-day operations of the company. Sasha Valentine, who has been with Lime Crime for eight years, will stay on board as chief creative officer.Under Tengram and Panagakis, the goal is to “optimize” Lime Crime in a way that hasn’t been done before, Gersten said. Lime Crime’s growth strategy will be two-pronged, he added, and will center around building out a meaningful wholesale presence for the brand and continuing to grow Lime Crime’s direct to consumer business. The brand will also start to experiment with pop-ups, Panagakis said.”We want to stay digitally dominant,” she said. “We’re going to explore a lot of different options. We are currently very strong in Riley Rose, we’re on Ulta.com and we’re talking about an in-store play there…we’re in conversations with many different retailers around the globe.” Between 60 and 70 percent of Lime Crime’s business is currently in the U.S., and 30 to 40 percent is international.The brand’s positioning as something that appeals to a younger demographic (18 to 34 years old), is attractive to potential retail partners that are trying to get foot traffic from that demographic into stores, Panagakis said.Lime Crime — which launched into hair in 2017 with Unicorn Hair — will continue to expand its product assortment, including in the hair segment. “Our tribe has told us that she’s loving it and wants more,” Panagakis said. The brand will also continue to build out makeup, she noted. “Our consumer has been asking for lip pencils,” Panagakis said. “Color in general is boundless — certainly continue to play in the palette arena, cheeks, eyes, colored mascara — what we do know about our consumer is she loves color.”