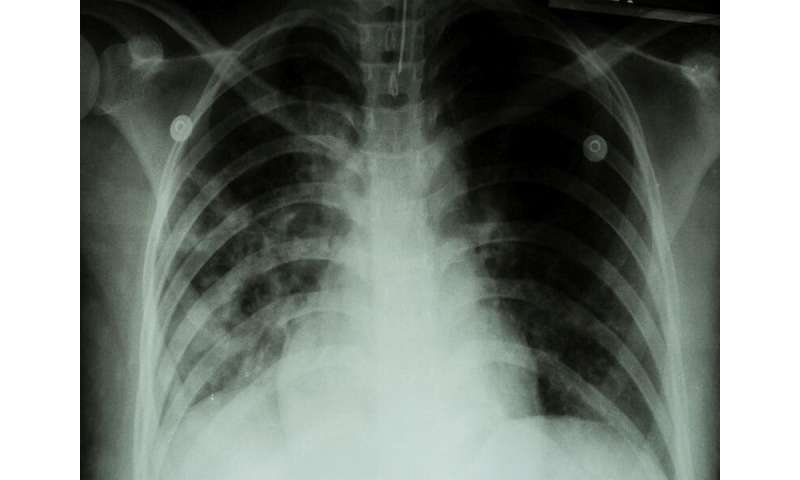 (HealthDay)—A new drug has been approved as part of a powerful, three-pronged treatment regimen for the most deadly strain of tuberculosis, the U.S. Food and Drug Administration announced Wednesday.

Pretomanid tablets were approved to be used with bedaquiline and linezolid in adults with extensive multidrug-resistant tuberculosis (XDR-TB) of the lungs. Caused by a bacterium that attacks the lungs, TB can also wreak havoc on any part of the body including the kidney, spine and brain.

The FDA approval sprang from a groundbreaking trial of 107 patients in South Africa who had been diagnosed with XDR-TB. Six months after treatment, 89% of the patients were cured, which is far higher than typical success rates for treatment of this often lethal strain of TB, according to the FDA.

Tsholofelo Msimango was one of the patients in the South African trial. Sent off to a hospital in Johannesburg to participate in the trial, she weighed only 57 pounds at the time and was terrified.

“I cried the whole way in the ambulance,” Msimango told The New York Times recently. “They told my parents to fix the insurance because I would die.”

Instead, Msimango, now 25, is TB-free five years after her diagnosis. She weighs a healthy 103 pounds, and has since had a young son.

But the disease is far worse than the side effects of treatment.

TB is now the leading cause of infectious deaths worldwide, according to the Times. While only a fraction of the 10 million people who get TB get this deadly strain, very few of the 30,000 people in 100 countries who get XDR-TB survive, the newspaper said. Three-quarters die before there is even a diagnosis, experts believe. And among those who get typical treatment, the cure rate is only 34% because the XDR strain is resistant to all four families of antibiotics typically used to fight the disease, the newspaper reported.

“The threat of antimicrobial-resistant infections is a key challenge we face as a public health agency,” FDA Principal Deputy Commissioner Dr. Amy Abernethy said in an agency news release.

“The bacterium that causes tuberculosis can develop resistance to the antibiotics used to treat it. Multidrug-resistant TB and extensively drug-resistant TB are public health threats due to limited treatment options. New treatments are important to meet patient national and global health needs,” Abernethy said.