NHS consultants have accepted millions of pounds worth of gifts from private healthcare companies which may be after their business, an investigation found.

Tickets to Wimbledon and England cricket matches worth thousands of pounds have been lavished on doctors despite rules limiting what NHS staff can accept.

Seven private companies gave around £1.5million in hospitality gifts in 2017 and 2018, the Centre for Health and the Public Interest (CHPI) revealed in a report titled ‘Pounds for Patients?’.

The generosity is a part of ‘fierce’ competition between the money-making firms to make sure they get the most patients.

But there are warnings the expensive presents could ‘corrupt’ doctors’ decision-making and lead to patients getting treatment they don’t need. 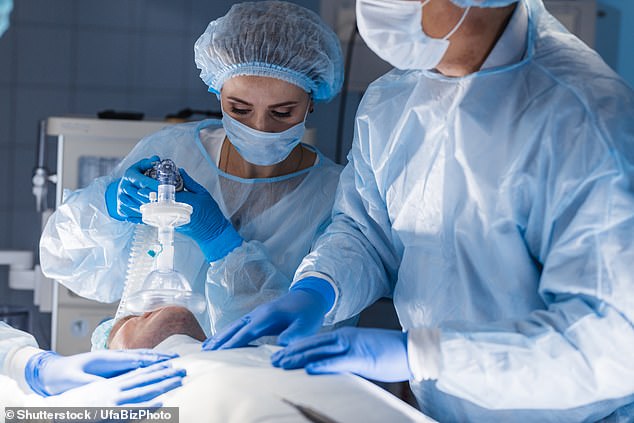 ‘The prevalence of financial incentives in the English healthcare system is first and foremost a patient safety risk,’ David Rowland, chair of the CHPI, told The Times.

‘If doctors stand to gain financially from treating patients this can influence their clinical decision making.’

There are thought to be around 17,500 consultants in the private sector, the majority of whom also work for the NHS and alternate between the two.

Gifts like tickets to sporting events may motivate these consultants to refer patients to their own private hospitals while they’re working on NHS time, the CHPI said.

And while patients may believe they’re being referred for better care, the truth could be that they’re being used to direct NHS cash towards the hospital or surgeon.

WHAT GIFTS DID THE CONSULTANTS GET?

One consultant got a free ticket to an England cricket match against the West Indies in September 2017. It was worth £1,068.

Ten received Six Nations rugby tickets to watch England play France in February 2017. The tickets were worth £1,226 each.

Some consultants were also given £894 tickets to watch Wimbledon.

HOW MUCH DID SPIRE HOSPITALS GIVE TO CONSULTANTS?

One consultant got a free ticket to an England cricket match worth £1,068, while 10 received Six Nations rugby tickets worth £1,226 each within the past two years. Some consultants were also given £894 tickets to Wimbledon.

But NHS staff are not supposed to accept hospitality worth more than £75 without it being signed off by their manager.

The think-tank said it was ‘very likely’ some doctors were breaking rules by accepting the offerings.

Most of the free gifts were given by the firm Spire Healthcare, which accounted for about £1million of the total across its 39 hospitals and 11 clinics.

Spire told The Times it made the offerings to ‘build relationships and a sense of community’ and said it was ‘misleading’ to accuse it of breaking any rules.

The CHPI report also found that 546 NHS consultants own shares or equipment in the private hospitals to which they refer patients.

And NHS hospitals paid £40million to private hospitals at which employees from the same trust held shares.

Investigators referred to a case in which one surgeon, Ian Paterson, was responsible for one of the largest ‘over-treatment’ scandals in history between 1997 and 2011.

Mr Paterson was a breast surgeon who referred 750 women to a private hospital for surgeries which they didn’t need, which he was then paid to carry out.

As well as the risk of medics and companies making ‘significant’ amounts of money from over-treating people, it also takes NHS cash away from where it’s needed, the report said.

And the CHPI went as far as to say all conflicts of interest should be banned, rather than judged on a sliding scale.

It added there should be more severe penalties for people who flouted the rules, even extending to prison time.

WHAT ARE NHS ENGLAND’S RULES ON ACCEPTING GIFTS?

NHS staff working for clinical commissioning groups (CCGs), which are local health boards, have clear advice on what types of gifts and hospitality they can accept.

The rules say staff can accept gifts up to the value of £50 from sources not from suppliers or contractors doing business with the NHS.

Gifts with a value higher than £50 can only be accepted on behalf of an organisation, not in a personal capacity, and must be declared to senior staff as a conflict of interest.

If the gift comes from an organisation which is doing, or likely to one day do, business with the NHS only gifts below the value of £6 can be accepted without being officially declared.

Hospitality worth under £25 can be accepted and does not need to be declared.

Hospitality between £25 and £75 can be accepted, but must be declared.

If the value of the hospitality is over £75, it must be declared and should be refused unless senior approval is given.