An NHS cardiologist has claimed his GP mother suffered a ‘premature death’ aged 68 after failures by the under-pressure health service.

Dr Anisha Malhotra, of Ashton-under-Lyne, Greater Manchester, suffered a missed heart attack which was only noted by her medical team 11 days after it was reported.

By then it was then too late to save her, with excess intravenous fluids leading to heart failure and several days of diuretics needed to make her comfortable. 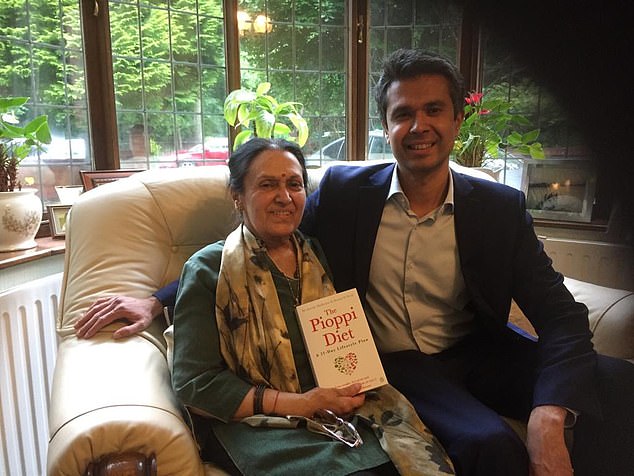 Dr Aseem Malhotra, pictured with his mother Dr Anisha Malhotra, who suffered a missed heart attack which was only noted by her medical team 11 days after it was reported

Dr Malhotra – who had initially been admitted to hospital with a temperature and bad back pain – then went into a deep coma and died on November 29 last year.

Her son Dr Aseem Malhotra said his mother had dedicated more than 25 years of her life to the NHS but was ‘ultimately failed’ by it before her death.

Dr Anisha was treated by Tameside and Glossop Integrated Care NHS Foundation Trust in Ashton-under-Lyne, which MailOnline has contacted for comment today.

Dr Aseem said his mother had been diagnosed with discitis, an infection in the intervertebral disc space which can cause severe consequences including sepsis.

She then suffered a secondary heart attack due to the stress on her frail body, according to Dr Aseem, who is an anti-obesity campaigner and King’s Fund trustee. 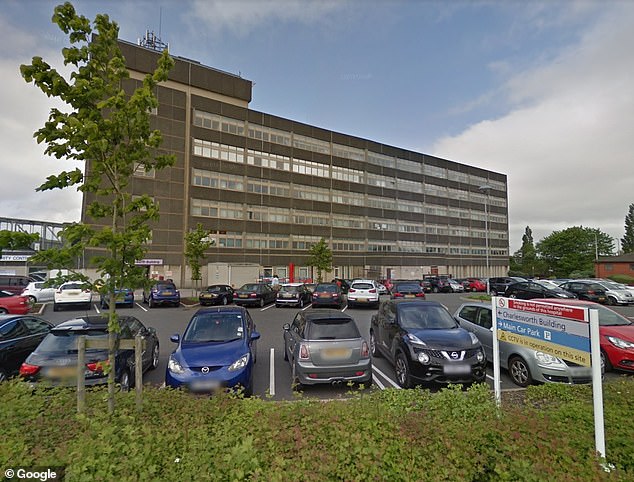 He told the i newspaper: ‘What happened in hospital which eventually led to the premature death of a 68-year-old lady in the most horrible of circumstances, and the profound emotional trauma of family members witnessing it was entirely avoidable.

‘Rather than allow her to die with dignity, an overstretched system meant a missed heart attack was only noted by her medical team 11 days after it was reported.

‘By then it was too late to save her. Excess intravenous fluids led to heart failure. It took several days of diuretics to make her comfortable and allow her to be taken off oxygen. But by then she’d slipped into a deep coma, never to wake up again.’

He added that the NHS was suffering from a shortage of nurses and doctors following years of underfunding – and it cannot keep up with increasing demand.

Dr Aseem also insisted that his mother’s death ‘was not a result of individual failings and we don’t want anyone at the hospital to be a scapegoat for system-wide failures’. Student complimented for losing 2st discovers she has ovarian cancer Effective Rest Days: So are you training uses breaks clever for muscle building